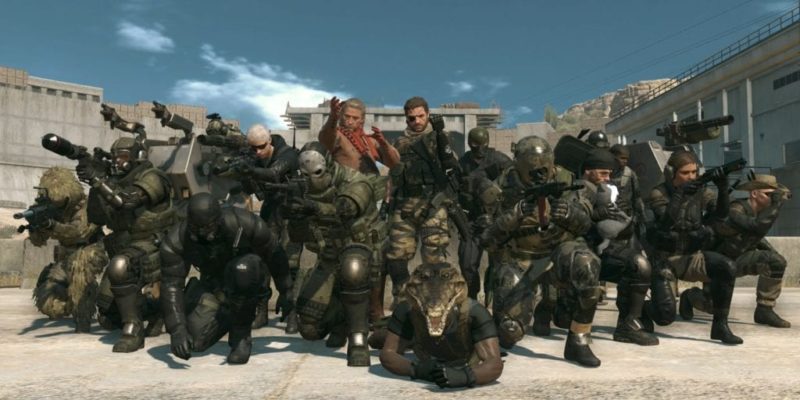 Remember the free Metal Gear Online multiplayer mode for Metal Gear Solid V: The Phantom Pain that the PC isn’t getting until January? Well, now you can see how it plays in this fairly lengthy video from the Tokyo Games Show.

The first section of the video says that Metal Gear Online will be free and available to “everyone” who owns MGSV on 6 October, but I’m fairly sure that was just an oversight, rather than the PC version being moved earlier. Far as I know, the PC release is still January.

Anyhow, the walkthrough-ish video starts with a look at the character creator – which should be familiar if you’ve played any of MGSV, because it appears to be the same one you use at the very beginning to construct a new face for that nice doctor fellow.

It’s then explained that Metal Gear Online has three ‘classes’ to pick from: Infiltrator, Scout and Enforcer.

The Infiltrator is the stealth person, able to creep about in stealth-camo, grab and interrogate opposing team members for location intel, and sneak up behind others to break their necks. That sort of business.

Meanwhile, the Scout is all about marking distant enemies (markers set show up for the whole team) and sniping, while the Enforcer carries heavy weapons and can generally take more damage.

There will be multiple match types in MGO (‘Cloak and Dagger’ and ‘Comm Control’ appear on the screen briefly), but ‘Bounty Hunter’ is the one shown at length. It’s basically a team deathmatch (with ticket counters and a time limit), but with a slight twist.

Players accumulate ‘bounty points’ the more foes they kill, and if you can fulton somebody with a high bounty score (or any bounty score really), this amount is added to your team’s ticket total. So you effectively get extra ‘lives’ for fultoning dangerous enemies. Or, as happens in this video, get your tickets up higher than the opponents’ amount before the timer expires.

If you salute a Metal Gear Online team-mate, this gives you a special ‘buddy link’ to them, and allows the sharing of some battlefield information. You can see who or what your buddy is aiming at thanks to a blue laser, for example.

Finally, since Metal Gear Solid is at least partly about adorable animals, this video reveals that the plush DD trap can affect people who look at it through binoculars, and a hat montage at the very end confirms that you can wear a cat on your head. Top stuff.

The Witness can be observed on 26 January