A few bits and pieces about the PC version of Metal Gear Solid: Ground Zeroes have been released today, including word on control schemes and frame caps. The PC release is due on 18 December.

First up, there’s this post about possible control schemes on PC. Keyboard and mouse are said to be fully customisable (hurrah,) while a controller option will offer four different preset configurations. A handy image was provided to explain these, which you can see below. 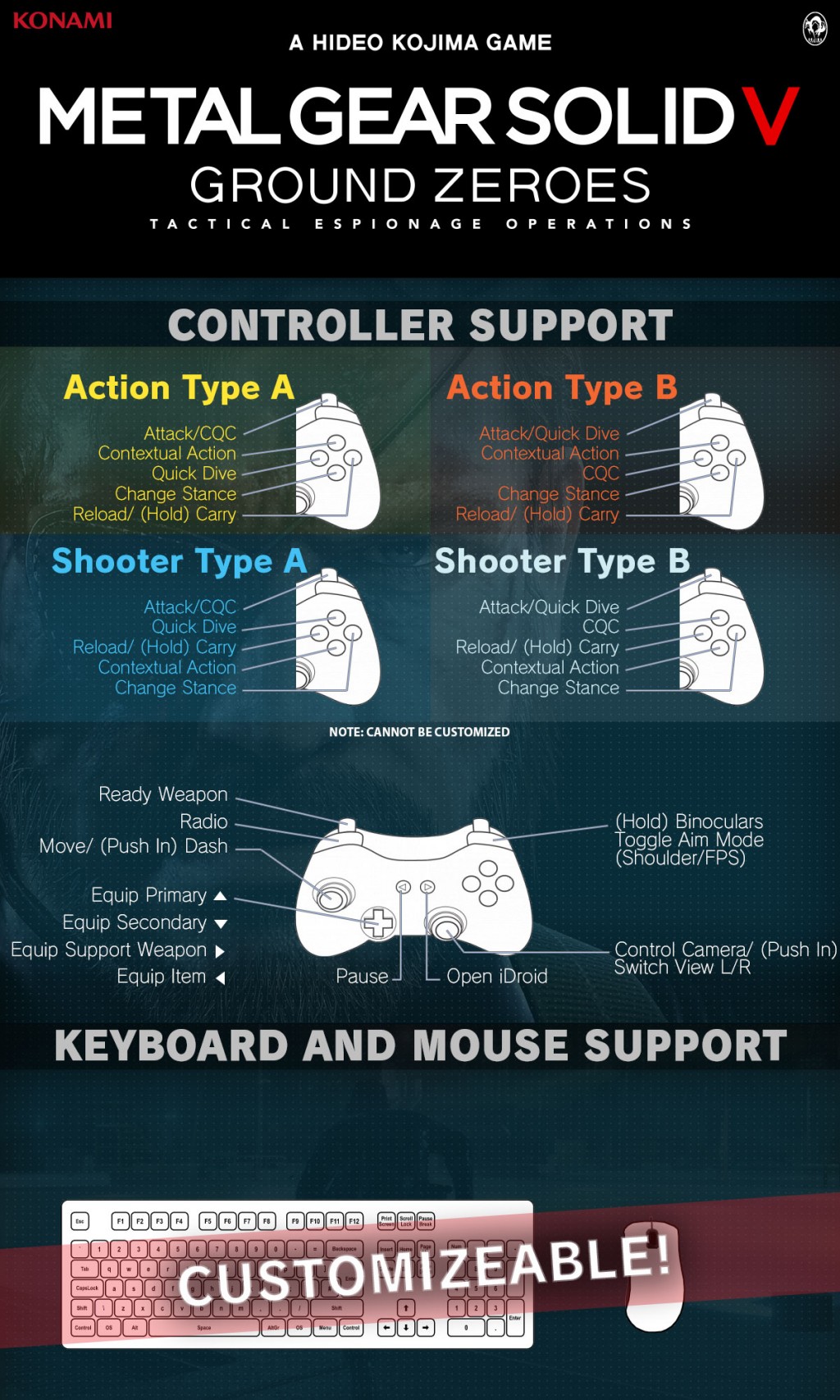 Further down the same thread, it’s confirmed that Metal Gear Solid: Ground Zeroes will have a 60fps cap on PC. There’s also reference to support for Dual Shock 3 and 4 controls, albeit without input display support (so you’ll get Xbox controller prompts on-screen, it sounds like.)

For a short while, the Steam page for the game was displaying some minimum system requirements as well. NeoGaf managed to grab what was put up, but a Konami representative showed up in the same thread to say that they were published in error and to expect full specs “soon.”

Since those specs may not be accurate, I won’t repeat them here. They were the same as the (also Konami-published) Metal Gear Rising: Revengeance minimum specs, so I think somebody just made a mistake there.