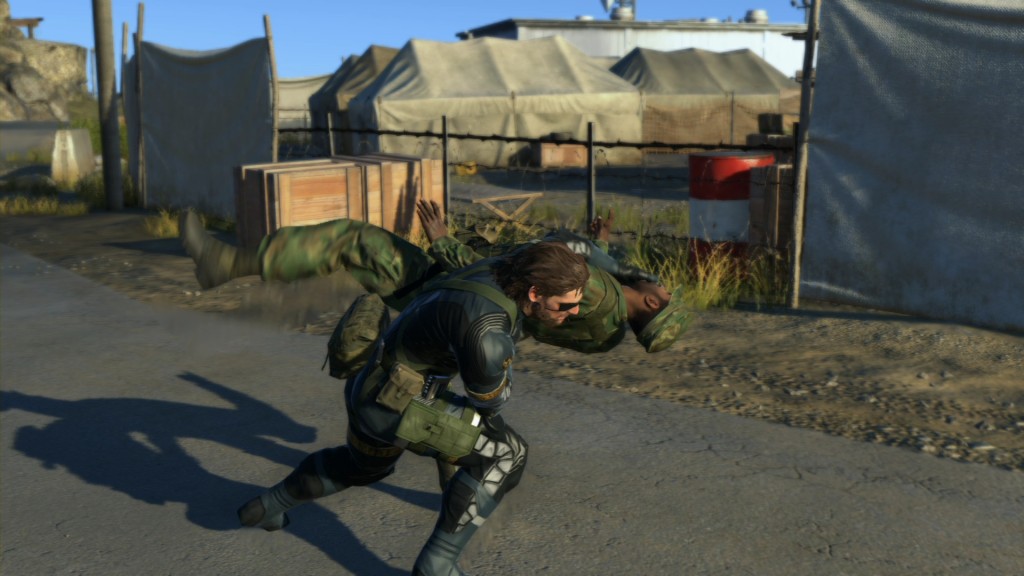 Big Boss is quite aggressive when it comes to hugs.

The PC release date for Metal Gear Solid V: Ground Zeroes seems to be set at 18 December, according to reports from the Igromir games expo in Moscow. Konami are at the event in full force with Metal Gear Solid and PES 2015, so announcements of some sort were expected.

That release date hasn’t trickled down to the Steam store page yet, so I suppose it should still be considered unofficial. But all signs are now pointing to a December release for the PC version of the game.

Update 6 October: The date has now been confirmed by Konami.

Based on what those same Russian sources are saying, Kojima has not mentioned any release date for Metal Gear Solid V: The Phantom Pain.

Ground Zeroes is the brief (but supposedly very replayable) prologue to Metal Gear Solid V, offering a look at how the open world gameplay will work in The Phantom Pain. You play as Big Boss, infiltrating a Cuban-based concentration camp run by the American military. That method of infiltration is up to you, and there are multiple side missions to undertake.

No wolves with eye patches, though. At least as far as I’m aware.

Elite: Dangerous beta 2 opens with a galaxy of new screens