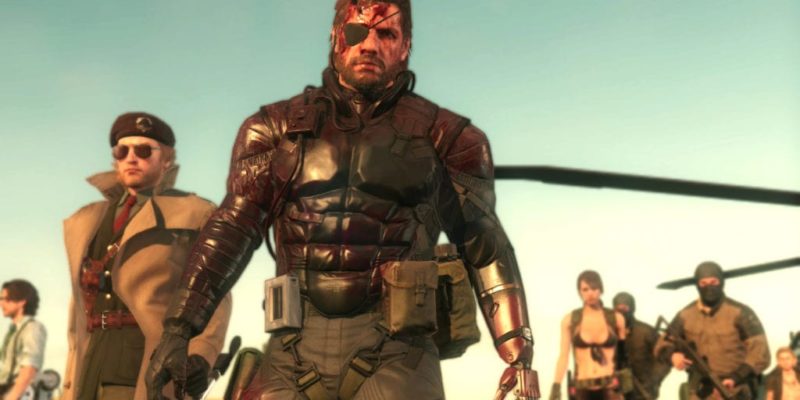 So here we are at the end of an era; the final Kojima-edited Metal Gear Solid trailer. Metal Gear Solid V doesn’t actually ‘launch’ on PC until 1 September, but this is, nonetheless, the launch trailer.

It has a retrospective theme (at least for the first half or so), looking back at Kojima’s previous Metal Gear Solid titles and revisiting some memorable moments. At least, I presume that’s what’s happening. I’m not the most familiar with the Metal Gear Solid narrative.

Around the mid-way point there’s a scene which could be a gigantic spoiler, but almost certainly isn’t. I mean, it would be kind of silly for that to be a spoiler and not just a visual metaphor. But you never know with Kojima, do you? I mention it anyway, just in case.

The latter half of the trailer (post three minutes or so) does kind of spoil some stuff you’ll see in Metal Gear Solid V, but only in a ‘new hardware’ sort of way. If you want to go in totally blind I guess you won’t want to see it, but it should be fine for everyone else.

We’re hoping for good things from both the game itself and the PC version here at PC Invasion. The Ground Zeroes port was pretty splendid, so that bodes fairly well for MGSV too.