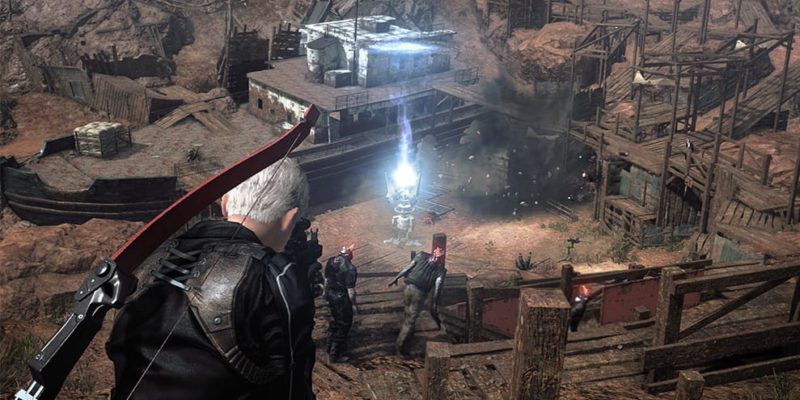 Konami will bring Metal Gear Survive to gamers early next year with both console and PC versions arriving on 22 February.

Metal Gear Survive continues the Metal Gear Solid V: Ground Zeroes story where players are pulled into a wormhole where they’ll encounter all kinds of strange new biological and environmental hazards. The game will also come with some staple Metal Gear features such as a base camp, Fulton balloons, scavenging,  and animal rearing. New weapons will also be available to take on the new creatures on the other side of this wormhole and hopefully, they will aid you in finding a way home.  This new Metal Gear is probably going to be slightly mad but we would expect nothing less from the franchise.

Pre-order bonuses have now been revealed and will include:

Metal Gear Survive will cost £34.99/€39.99 in case you were wondering. It will be available on Steam eventually for pre-order when there’s a Steam page for it. Keep an eye on the official site in case it pops up.