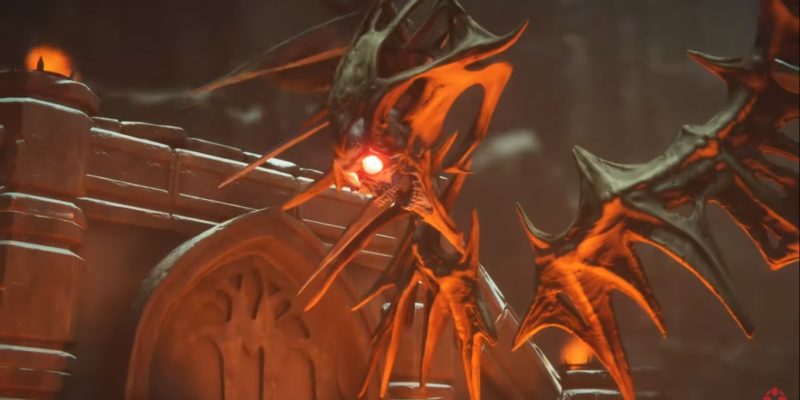 We have a new trailer for what I am affectionately referring to as Crypt of the Doomslayer with Metal: Hellsinger. A rhythm-based first-person shooter. After the reveal, David Goldfarb from Funcom sat down with IGN to talk a little more about this rockin’ trip into the bowels of hell.

You’re the devil and you love metal

Similar to other rhythm-based titles like Crypt of the Necrodancer and Cadence of Hyrule, the core of Metal: Hellsinger comes from moving and attacking on the beat of the song being played. Your score will multiply based on how high your combo meter goes, as well as other factors that were not discussed at the time. You can also earn an upgrade called souls that was not elaborated upon. But it is a safe assumption that souls will be how you gain upgrades and possibly new weapons, similar to red orbs in Devil May Cry.

A story mode has been confirmed but we didn’t get much information on it. The main character you play as is a female demon called “The Unknown”. She is trying to change the “order of Hell”. Whether that means overthrowing it, or changing it for the better is anyone’s guess. The Judges are the main antagonists of the game that will stand in the Unknown’s way. In typical Funcom fashion though, the antagonists may not necessarily be the “bad guys”. Likewise, the main character might not exactly be the “good guy” either. 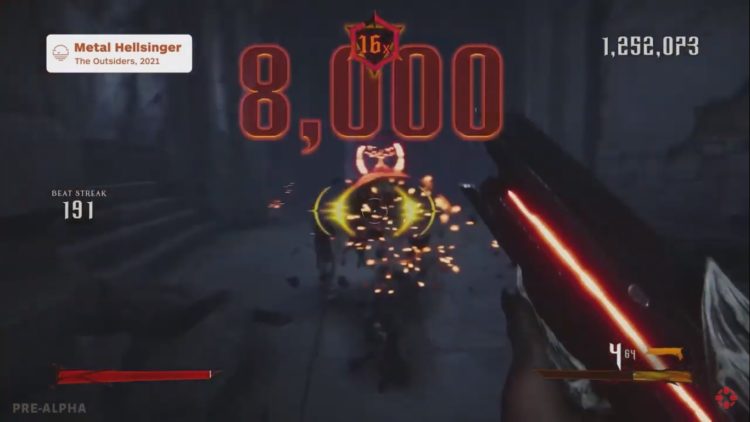 Throw up the horns

During the gameplay, we saw a few weapons including a shotgun, dual pistols, and a bow club that can act like a sword to slice open enemies. We also saw a skull that the Unknown carries in her hand that shoots lightning. Music is obviously a big part of the game. The game will feature the musical stylings of Matt Heafy of Trivium, Mikael Stanne of the Swedish metal band Dark Tranquillity, Bjorn Strid, Alissa White-Gluz of Arch Enemy, and more. Metal: Hellsinger will release in 2021 on PC, next-gen, and current-gen according to Goldfarb.