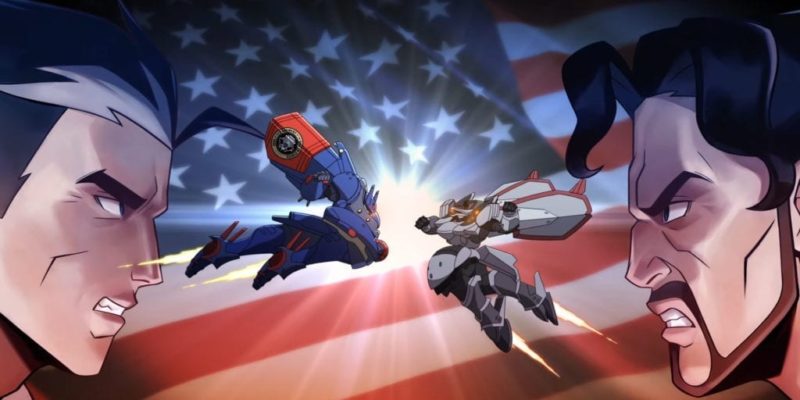 Metal Wolf Chaos XD is only a day away from unleashing its payload onto the PC. To celebrate the release, publisher Devolver Digital has delivered an animated launch trailer. It’s about as close to anime as one can get, with plenty of explosions and “AKIRAAAAA”-style overacting.

If you’re unaware of Metal Wolf Chaos XD, the premise is simple enough. You play as the president of the United States, and you pilot a mech. That is, of course, only part of the crux behind the entire game. You do in fact have a mission: the vice president has staged a coup, and your job is to red, white, and blow his ass up.

Does the game sound somewhat juvenile and idiotic to you? Well, chances are it really is. Metal Wolf Chaos XD takes no qualms toward its wacky and eccentric plot. Granted, some may think that releasing it during the current state of US politics is in somewhat poor taste. However, the game likely won’t demand you take it seriously. After all, you play as the president, and you pilot a mech. And, as a mech-piloting leader of the free world, you blow shit up in the name of democracy.

Metal Wolf Chaos XD may be the last bastion of overly patriotic flag-waving we’ll see in gaming form for a while. Oh wait, there’s a new Call of Duty out soon.

In the video, President Michael Wilson is addressing the nation. After enthusiastically telling the public he would defend freedom against the forces of evil, said forces roll up on the White House lawn. The vice president, Richard Hawk, has brought the big guns, in the form of soldiers, tanks, helicopters, and, naturally, his very own flying mech. Enraged, Wilson suits up and bursts through the Oval Office to confront Hawk face to face. 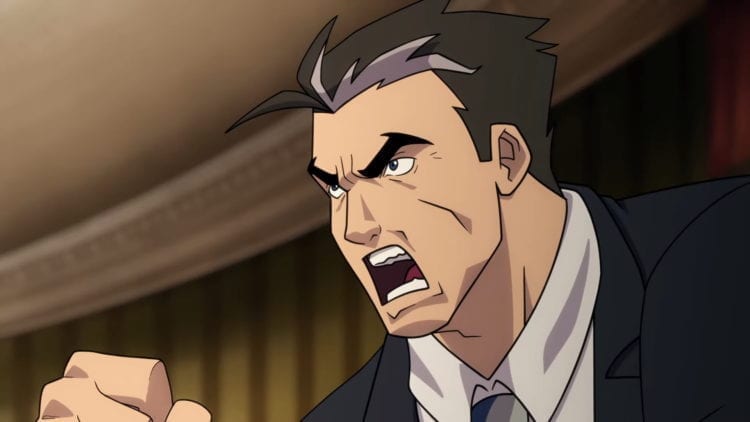