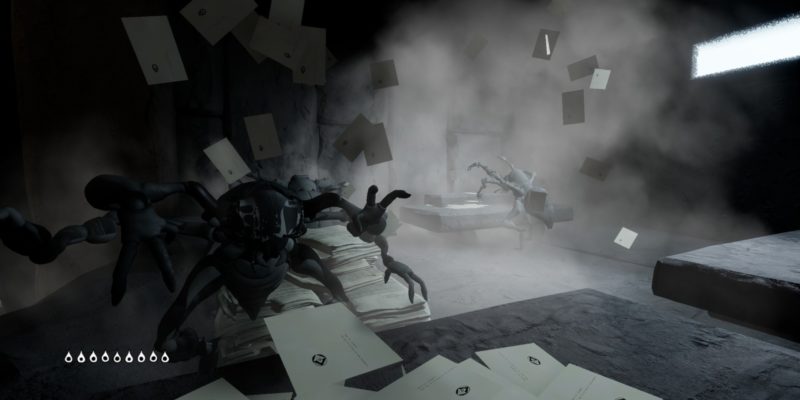 One morning, when Gregor Samsa woke from troubled dreams, he found himself transposed into a video game adaptation of Franz Kafka’s oft-referenced The Metamorphosis. While the game has very little to do with its source material, it certainly has a great many charms. The visuals are excellent, the sense of scale is wonderfully executed, and the events on display are typically amusing. Still, the game can feel a bit rote, plus it’s rather short and the narrative fizzles out unsatisfactorily. Regardless, there’s plenty to enjoy about Metamorphosis, provided you know what you’re getting into.

Out of the bed and into the drawers

Although Metamorphosis is very upfront about where it draws inspiration from, it hardly resembles the famous story from where its name is taken. While Kafka’s story begins with Gregor Samsa waking up in his bed to find that he has transformed into a gigantic insect, this doesn’t happen in the game. Instead, Gregor gets out of bed as I’d imagine he does every day. In the first couple of minutes, everything appears to be perfectly standard. But it doesn’t take long for him to shrink into a tiny insect.

The narrative of Metamorphosis focuses on Gregor being led to the headquarters of an organization called Tower. He’s told it’s the only way to become human again. The early part of the game takes place in the home of his friend Josef and Gregor even tries to get his attention. Josef is being hounded by two police officers for unspecified reasons, but Gregor has to focus on getting to Tower. The majority of the story sees him figuring out the way there and acquiring the documentation that will allow him inside. 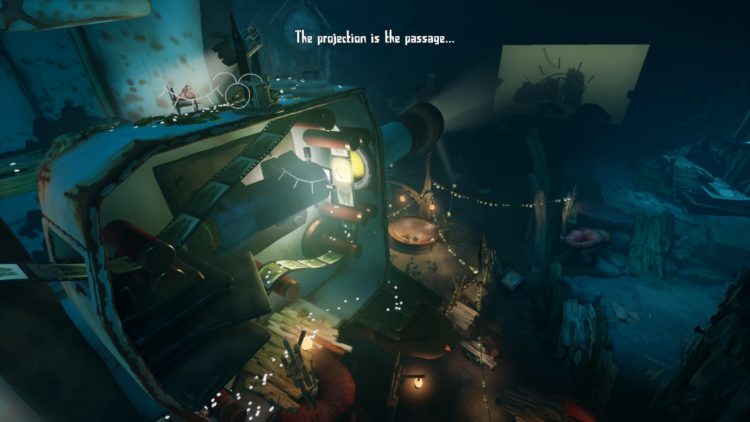 The dialogue is well-written and the story itself is fairly engaging, even if many of the tasks you’re meant to accomplish for progress’ sake can seem a tad bit perfunctory. Metamorphosis takes you to some very interesting places, including the law office of an elderly lawyer, a large bug city, and Tower itself. But the story ends anticlimactically, unfortunately. There are two endings that you can select via an enduringly popular binary choice mechanic. But both endings are too brief and don’t do much to hammer home the game’s themes or put a satisfying conclusion on Gregor’s tale. The game honestly just feels fairly rushed, with a major late-game event being treated as a “That’s it?” punchline more than anything else.

Crawling on all fours

I’m reluctant to refer to Metamorphosis as a walking simulator, but that’s basically what it is. However, that label alone doesn’t give it enough credit. You could get away with referring to it as a guided puzzle-platformer as well. The game is played from a first-person perspective and you can typically see your front legs. Since you’re a bug, you move like one too. Gregor can jump fairly high and walk up steep inclines. The controls are mostly tight and the game does a very good job of making you feel like a bug. You’ll also be able to walk in various pools of liquid that grant you the ability to walk up walls or objects by holding down a button. You can’t walk upside down, though.

There are some puzzles to be found in Metamorphosis but they’re typically very simple. For the most part, you’ll be using your legs to move contraptions backwards and forwards. There are a few more literal puzzles, but they’re extremely infrequent. The platforming is quite solid, though. The game’s most frequent challenge is that you’ll need to navigate the environment by carefully jumping on things to get around. These sections are certainly enjoyable, despite the game being in first-person. 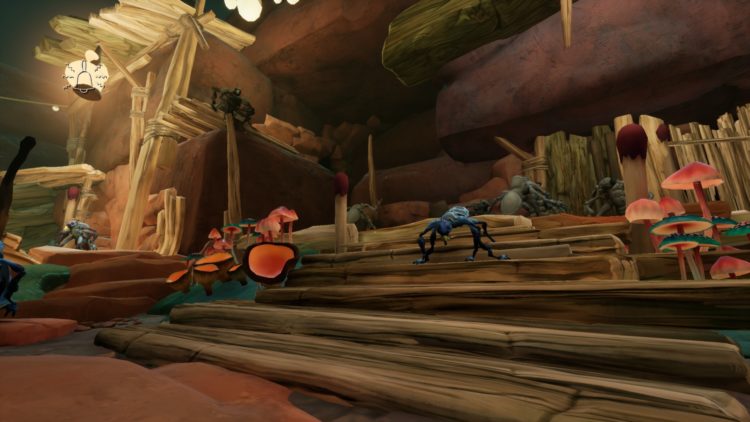 Most of the time, however, you’re going to simply be heading from Point A to Point B.You can press the tab key at any time, which will zoom out and show you the entire area you’re in. The place you’re meant to go is then highlighted for you and you just need to figure out how to get there. Because of the way the camera zooms out, it can be a bit difficult to tell which direction to head in. In larger areas, navigating can be obnoxious due to this.

Do all the things!

It doesn’t help matters that most of the game feels like a series of fetch quests. You need to get a thing in order to progress. Naturally, this means you have to talk to other bugs, find one that needs a favor, do a separate task for them, and then you’ll get to move on. A solid two-thirds of Metamorphosis focuses on these sorts of jobs. But at least many of the situations and locations are unique and interesting enough to keep the game palatable.

For instance, at one point you need to get a certificate. You go to a lawyer’s office to acquire it, only to have to take a detour into a bug night club on your way. Afterward, you then have to go deep into the lawyer’s desk. All of the game’s locations are populated with other bugs, many of whom you can talk to. They’ve frequently got amusing things to say too, so they’re well worth interacting with. 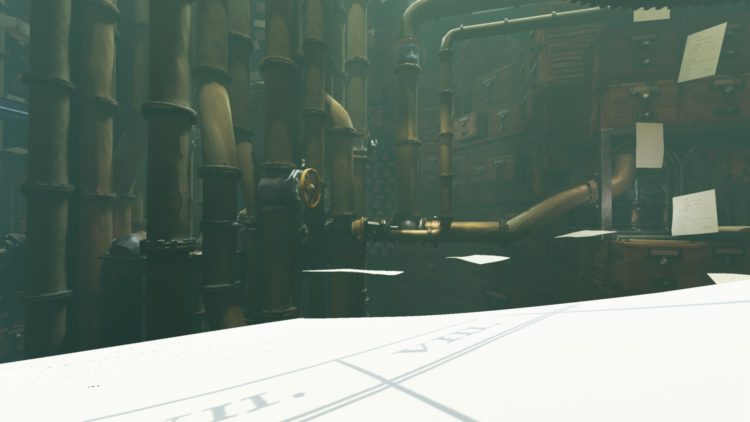 The world of Metamorphosis are what steals the show in the end, though. While the game is far from a state-of-the-art marvel, the environments all look excellent. Everything is suitably cartoony, yet twisted and Burton-eque. Everything has a real sense of place and a praiseworthy attention to detail that makes the world a joy to inhabit. And the game really makes you feel tiny as you walk by huge books and pieces of machinery. One area has papers flying through the air. If you fall, you’ll land on one and it’ll drop you right where you were before.

Change (in the house of flies)

Metamorphosis is an entertaining experience. It controls well, looks great, and has a story that’ll hold your attention. However, the plot that doesn’t really go anywhere and the overall lazy conclusion dulls the experience. Plus, it’s extremely short. It’s easy to complete the game in two-and-a-half hours or so, of which I couldn’t help but be disappointed. I think the game is worth a look due to the zany world and dreamlike visuals, but don’t expect it to keep you busy for long. 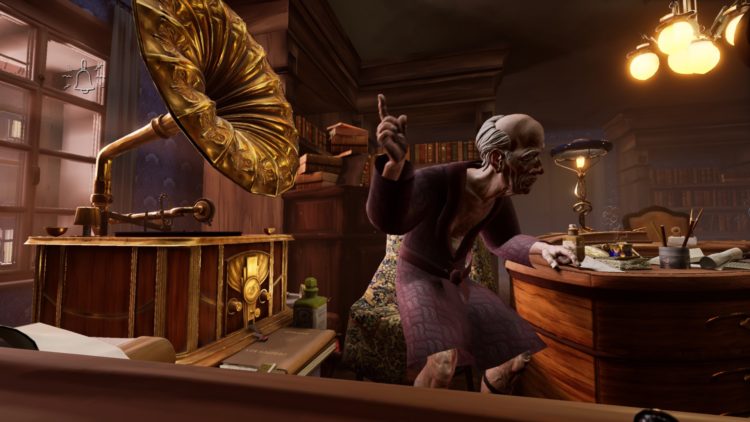 Metamorphosis is a good time with great visuals and an excellent atmosphere. But it's super short and the storytelling isn't quite as good as it could be.