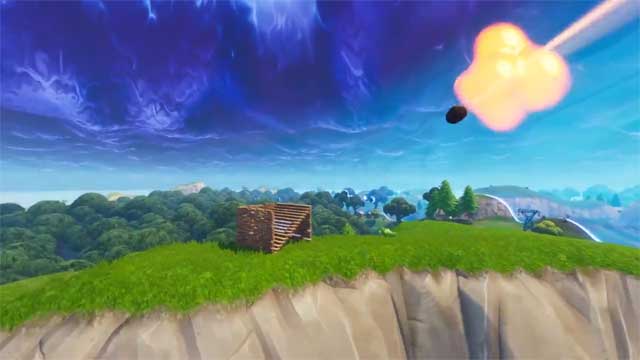 The pre-4.0 action appears to have kicked off this afternoon as the first meteors have started to all on the Fortnite Battle Royale island.

Twitter has lit up with posts from players showing the smaller fragments of meteors and their impacts. Nobody knows how long this is going to go on for or how it will eventually play out. With some sort of superhero theme being teased earlier today, that may play some part in saving the island from complete destruction.

Check out the clips below and keep an eye on these meteor showers as they will probably start to ramp-up making the island even more chaotic.

I have better one ❤ pic.twitter.com/FpGijIeARX

In related news, another Dev update was posted which mentions a few 4.0 features such as a new event, military weapon set, and shadow ops heroes including a soldier with a new ability.

We chat about changes to Energy Ammo in 3.6, an update on Perk Re-rolls, and what to expect with v4.0 in the latest Save the World Dev Update! pic.twitter.com/pyoxLn3m1k

For Honor free weekend incoming with incentives for current players