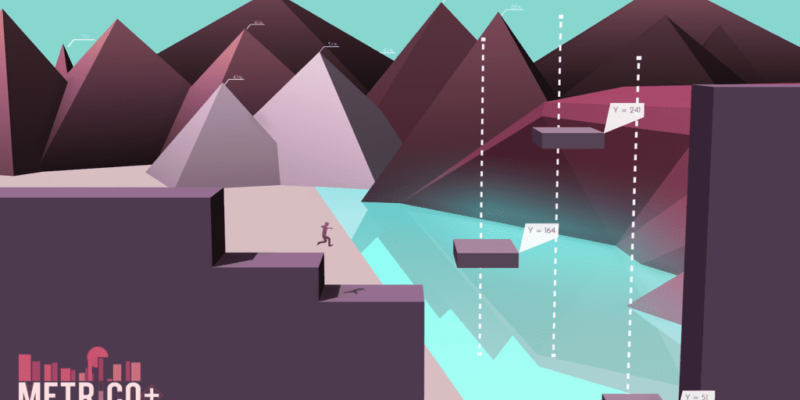 Metrico was a rather unusual little PlayStation Vita platformer that had you traversing the world through infographics, which… tracked a lot of things. Like, you pressing buttons, or tilting the Vita. These presses and movements fed into the infographics that made up the levels, barring your path or opening up routes; figuring out what was being tracked and how to use this to get around the obstacles was of primary importance. It was also free on PlayStation Plus, which got it quite a lot of exposure.

Metrico+, coming to PC, has updated visuals and a whole load of new worlds and levels designed around… well, not the Vita hardware, because that obviously wouldn’t work. It’s also coming to consoles, though, which makes me think it won’t be tracking the mouse or keyboard specifically, which is a bit of a shame, because that could make for some rather novel levels. Still, you never know.