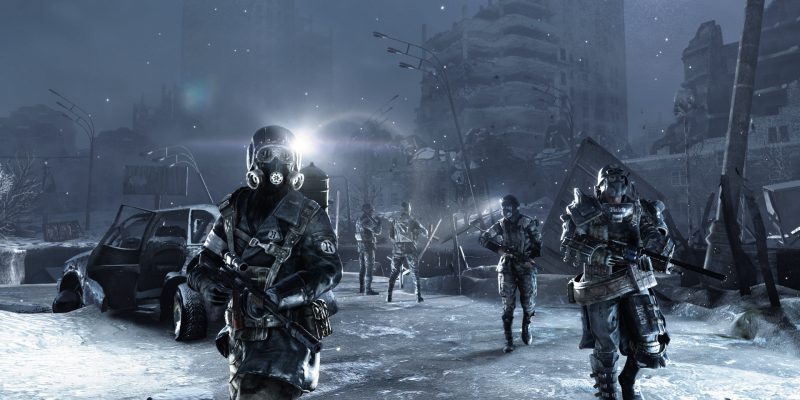 If you’ve been paying attention to the Epic Games Store this week, you’ll know by now that it’s giving away a new free game every 24 hours until we hit the new year. Today is the sixth day of the “15 days of free games in December” event or whatever the Epic Games Store is calling it. Today’s free offering is Metro: 2033, and that’s the Redux version which includes updated graphics and other improvements to the gameplay systems. This isn’t the first time Epic has offered up this title, but it is a great game. Anyone that missed it the first time will be thrilled, literally. Claim it now before you forget.

Metro: 2033 Redux is a survival horror game made by 4A Games and Deep Silver. It originally launched in 2010, but was remastered in 2014 with a definitive edition of sorts. It looks much better by today’s standards. If you heard of Metro: Exodus back in 2019, 2033 is the previous installment for the series. This is your perfect opportunity to get acquainted with the frigid world of Metro in case you want to give the new game a try.

Bite off more than you can chew

The Metro games remind me a bit of Fallout, though those have plenty of unique flair which can be attributed to the Ukrainian devs. You see, when you experience post apocalyptic game in Russia, it is no joke. The conditions are very harsh, the monsters are utterly disturbing, and the gameplay is serious stuff. This game received overwhelmingly positive user reviews, so you really are missing out if you’ve never played it.

There are also plenty of challenges that await for those who want to test their skills. The game offers either the Spartan or Survival modes. Spartan allows you to enjoy it as more of a fast-paced shooter experience. Survival adds all of the elements you’d expect to deal with when traversing the Russian extremes. You’ll also spend plenty of time underground where the horror is sure to grip you. Bring a flashlight, and more importantly, try not to play this in the dead of night.

Be sure to claim Metro: 2033 Redux for free on the Epic Games Store before 11 AM ET on December 23. Like we said, the free games will only be available for 24 hours each. If you do have a little cash to spend and you’re thinking of picking up something for the holidays this year, also check out the Epic Games Store Holiday Sale, where there’s over 200 popular titles of various flavors. You can also grab $10 USD coupons, rendering some of those games almost free. Like Metro Exodus.