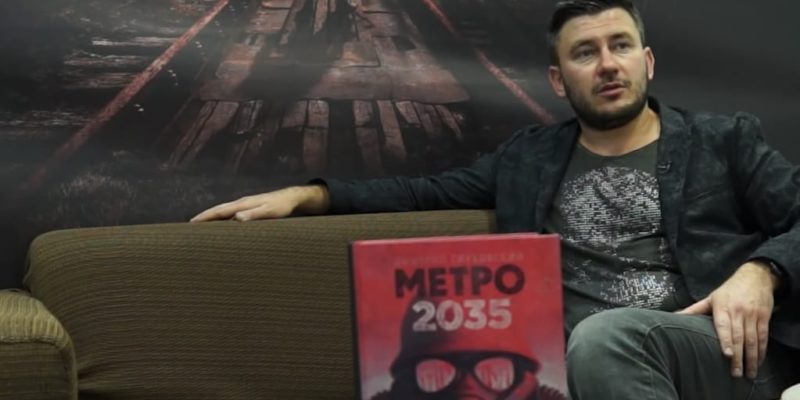 Oh my! It seems two experts of the written word will have a war of words of their own. The first shot comes from Dmitry Glukhovsky, author of the Metro 2033 series of novels. Glukhovsky slammed the author of The Witcher series, Andrzej Sapkowski, for the latter’s recent demand of $16 million from CD Projekt Red. Among the criticisms Glukhovsky dished out were that the brains behind The Witcher novels was an “old fool” and that he’s “an ungrateful schmuck.” The video interview below is entirely in Russian but we’ll give a short transcript of the juicy bits.

Woe For The Witcher

Sapkowski came to national prominence back in 1993 when The Last Wish novel was released. It was the first of many novels that formed The Witcher Saga. While the books attained a cult-like following in his native country of Poland and in parts of Eastern Europe, it never actually became part of global pop culture until CD Projekt Red adapted his works into their Witcher series of video games.

The Witcher eventually became CDPR’s flagship franchise with the third game, The Witcher 3: Wild Hunt considered as a masterpiece in gaming circles. Since then, gamers, journalists, and industry personnel have hotly anticipated CD Projekt Red’s offerings such as Gwent and Thronebreaker, and the upcoming Cyberpunk 2077. Geralt’s adventures will also be adapted into a show by Netflix with Sapkowski joining that endeavor as a creative consultant. That’s all thanks to CDPR’s Witcher games.

There’s just one problem: he hasn’t earned jack squat from the success of these games. That’s because, if past news stories are to be believed, CD Projekt Red acquired the rights to The Witcher series for a paltry lump sum of $10,000. That’s led Sapkowski to demand $16 million in additional compensation from CDPR. 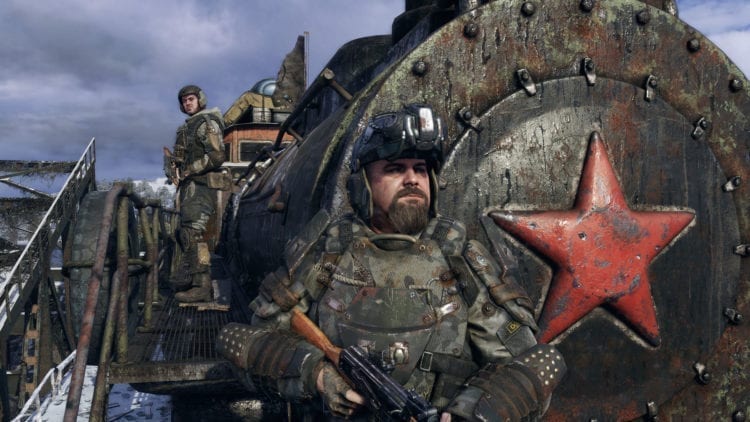 In contrast to Sapkowski’s ill-advised decision, Dmitry Glukhovsky, the Metro 2033 series author seems to be more business savvy.  In an interview with Vice last year, Glukhovsky has recognized the importance of the Metro 2033 video games to promote his literary works. He released the first Metro novel, for free, when he was 17. It was subsequently picked up by developer 4A Games and he’s had a good relationship with them over the course of many projects. Glukhovsky also criticized Sapkowski’s relationship with CDPR in the past:

“Without the gaming franchise, the Witcher series would never get this crazy international readership that it has. And it’s not just about the gamers but the gaming press and the buzz it creates, and just the feeling of something great and massive and impressive coming out. This got people hooked. He [Sapkowski] would remain a local Eastern European phenomenon without this, but he would never break into the West. And the same goes for my Metro books.”

Fast forward to the present day and Glukhovsky, in that video interview you see up top, doubled down by saying that Sapkowski “fucked up” with his CDPR deal. Glukhovsky also cited that the only reason The Witcher’s writer is pursuing legal action is because:

“His wife is nagging him about it in the evenings, and then he tries to roll it back.”

Damn! Glukhovsky might’ve been born in June, but you know his sign is “Igni” because that was one helluva burn! He also warned Sapkowski that it might be a bad idea to push through with a lawsuit since Netflix could suddenly back out of whatever arrangement they have with him. However, in the end, the mind behind Metro 2033 did feel sorry for Sapkowski stating:

“He is just an elderly man, he missed his chance, and well, what can you do?”

What do our readers think about this war of words between two authors whose works have been adapted into popular games? Should Sapkowski find some semblance of satisfaction seeing The Witcher’s success? Or is Metro 2033’s Glukhovsky in the right here?

Destiny 2: Forsaken – Is The Horror Story Auto Rifle Any Good?