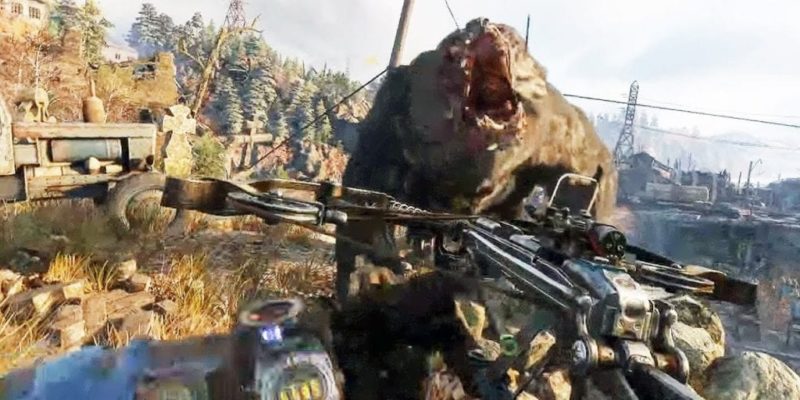 The first thing of any real interest at the Xbox E3 Briefing is Metro Exodus, sequel to Metro 2033 and Metro Last Light.

The trailer opens with a Dostoevsky quote and then rapidly moves onto a man moving through some brooding post-apocalyptic tunnels, fending off some mutant beasts, and checking his air supply via a wristwtch – all of which is pretty indicative of Metro. Slightly less indicative is what happened next: moving onto the surface, which actually looked quite lovely and rural, and had things like “grass.” Looks like Artyom (if he is indeed the protagonist once again) will be heading out of the city and into the countryside, this time.

Update: Artyom is indeed the protagonist once more, and has the survivors fleeing the ruins of the Moscow Metro “on an epic, continent-spanning journey.” We can apparently expect non-linear levels and a sandbox survival experience, which would normally make me wary, but Metro kinda did that sort of thing anyway. As for the story itself – that will span a year, which is probably not a surprise if we’re going across an entire continent.

You can see the trailer below.

Metro Exodus is due out in 2018. Right now it’s only noted as coming to PC via Windows 10 Store, but it may yet turn up on Steam. We shall see.

Assassin’s Creed: Origins revealed to the surprise of no-one

By Andrew Farrell5 mins ago