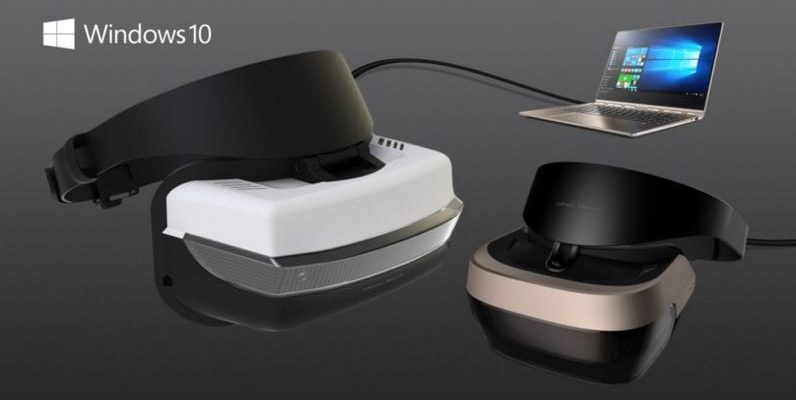 Microsoft is joining the VR party with their own Windows 10 VR headsets.

At an event in New York this morning, Microsoft revealed standalone VR headsets which will retail at $299. Microsoft has been working with partners such as Dell, HP, Lenovo, Asus and Acer who will all be shipping these new headsets next year.

This is the first time Microsoft has addressed VR since the HoloLens and no details of the headsets specs have been revealed. However, Instead of using lighthouses or external tracking devices, the Microsoft headset will util1se inside-out six degrees of freedom sensors. Microsoft says there will be “zero need for a separate room, zero need for a complicated setup”.

As you can see from the shot below, it shares some similarities in design with the PSVR opting for a strap that sits firmly on the forehead and back of the head, This is a much better design than the Rift or Vive.

According to Microsoft, headsets will start shipping with the Windows 10 Creators Update which is due in spring 2017.

Warframe’s The War Within launches in November