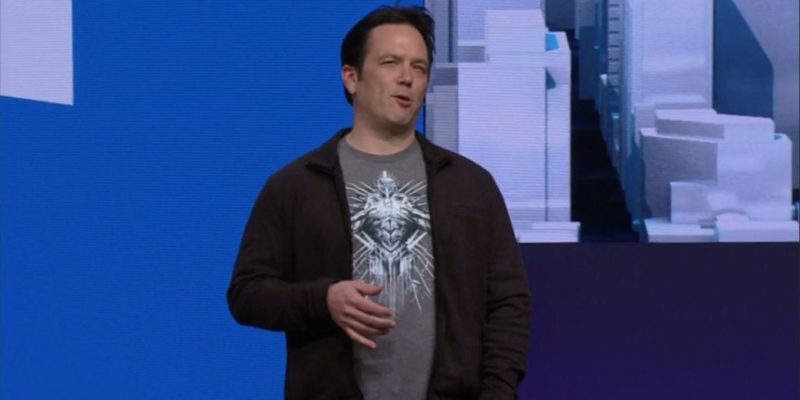 Microsoft’s push for its Universal Windows Platform (UWP), and Universal Windows Apps (UWA), through the Windows 10 store have not been broadly welcomed by PC players. To date, games like Rise of the Tomb Raider and Gears of War: Ultimate Edition have offered reduced functionality and greater restrictions compared (in the case of Tomb Raider) to their Steam counterparts.

The issues have been fairly well documented, and largely boil down to users not having access to a standard Win32 .exe. This prevents the use of overlays (such as Riva Tuner Statistics Server) and stifles any user-created mods that require access the .exe. Windows 10 store games are also missing basic features, such as the ability to disable v-sync, or run in exclusive full-screen mode.

At today’s Build presentation, Microsoft’s Phil Spencer has indicated that at least some of these issues will be addressed. You can view his PC-related part of the event here, by starting at around 2:37:00.

Spencer opened by claiming that “[Microsoft] have heard the feedback from the PC gaming community loud and clear,” and said the company was working to ensure that Windows 10 “has a great game experience”.

In May, he stated, it would be possible to disable v-sync (which automatically locks the frame-rate Windows 10 store games to your monitor’s native refresh rate) in UWA titles. Support for G-Sync and FreeSync (Nvidia and AMD’s own v-sync options) would also be coming in the same update.

Microsoft, it was suggested, want to “meet or exceed the performance expectations of full-screen games”. Spencer followed up that statement by saying that would include support for additional requested features, “including support for overlays, modding, and more”. Whether this would come in the same May update wasn’t clear.

He then demonstrated a desktop app convertor, which enables games with Win32 code-bases to be transformed into Microsoft’s UWA. The Steamworks package version of Age of Empires 2 HD was shown booting up and running through the convertor. It was still using the Steamworks overlay (which popped up in the corner, as usual), and Spencer claimed that the application of user-made mods through the Steam Workshop would also work fine (though didn’t directly demo this aspect).

After that, The Witcher 3 was shown running through the same desktop app convertor.

This shows that mods through publisher approved channels may soon be possible to apply to games running as UWAs, but given Microsoft’s focus on “user security” (mentioned again as part of this talk), third-party mods may still be out in the cold. This is unfortunate, as mods like (say) DSfix for the PC version of Dark Souls were critical in making that game enjoyable on this platform.

Microsoft appears to be demonstrating a willingness to given PC players a certain amount of their expected features (things like being able to disable v-sync by choice should, after all, be pretty basic), but it remains to be seen whether their changes will ultimately go far enough. PC users have come to expect a great deal of customisation and control over their games. Microsoft’s plans may not be compatible with these demands.