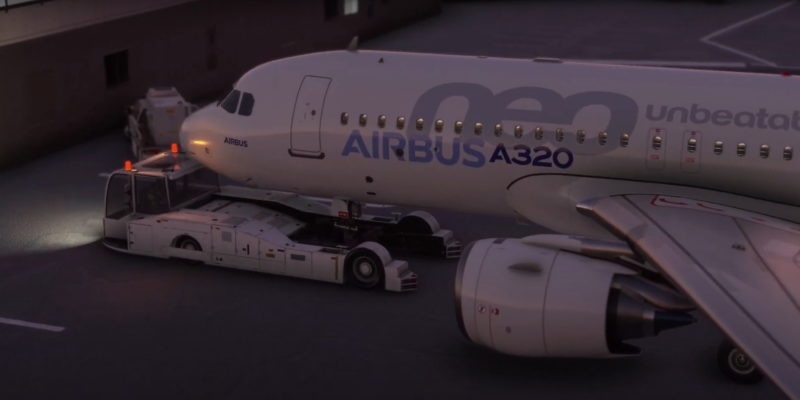 Microsoft Flight Simulator includes a notable amount of ground service operations straight out of the box. This includes things like jetways, ramp connections, fuel supply, baggage carts, and even a catering truck. But while that’s all fine and dandy when you’re at the gate, eventually your plane has to, you know, fly. That’s where the pushback tug comes in, to position the aircraft away from its parking spot and onto the taxiway. While that too is included, the functionality is not the best. All of the directional controls must be inputted via ATC, making this a cumbersome experience. Noticing this flawed system, the folks over at FS2Crew have put together a new add-on for the sim which features a far more intuitive pushback operation.

Aptly named Pushback Express, FS2Crew describes it as being “the first and last pushback” system you’ll ever need. It features Rudder Control, Window Buttons and Distance pushback modes, for an automatic experience. But, you can also hop into the driver’s seat of the tug itself and push your own aircraft away from the gate. Alternatively, you can also grab a whole of the aircraft and pull/tow it to any desired spot for easy ground maneuvering. The add-on boasts compatibility for all of the aircraft in the game, from the smallest GA aircraft like the Cessna Skyhawk, to the mighty Boeing 747.

While this is certainly a step up over the default Microsoft Flight Simulator pushback system, there’s one drawback—it’s gonna cost ya. To be exact, Pushback Express will run you 24.95 Euros ($29.31 USD). That’s half of the standard version of the simulator! Quite a hefty price for an add-on that covers a relatively small portion of the sim experience, even if it is pretty feature rich. That said, if you’ve invested in a FS2Crew product before, you can swipe 5 Euros off the MSRP.

For the more frugal of us simmers, here’s hoping some kind, talented soul out there creates the equivalent of the free “Better Pushback” plugin found in X-Plane 11 for Microsoft Flight Simulator. Or better yet, Asobo, can you dedicate a portion of the next patch for the sim to improving your own pushback functionality?