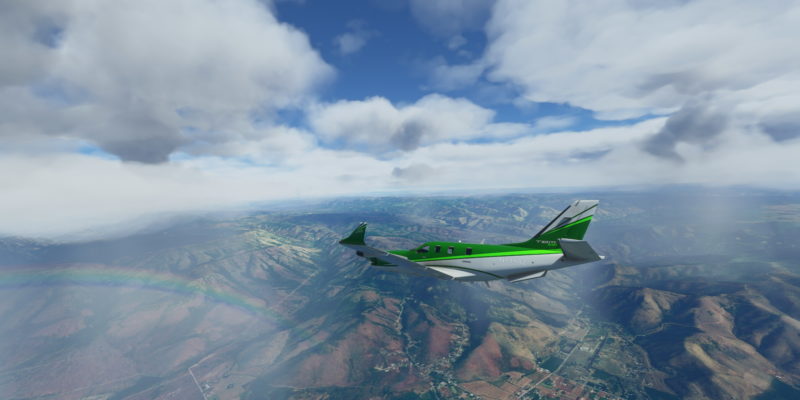 Microsoft Flight Simulator is now a month old , and it’s garnered some serious fanfare. However, that isn’t to say that this new flight has been a total greaser. Even before the launch, early players (like myself) found numerous issues that carried over into the launch edition of the title. Some were serious enough to even prevent people from installing the sim. Asobo released patch 1 about two weeks later to help get players up and running. Now we have patch 2, which launched just a few days ago. This patch was directed squarely at the in-sim experience in an effort to improve several aspects, such as performance, functionality, and gameplay mechanics. I’ve put in a few hours of testing across a handful of flights. Overall, I’m pleased to say that Microsoft Flight Simulator is behaving far better after patch 2. However, there are still some issues preventing it from being a totally fluid experience. 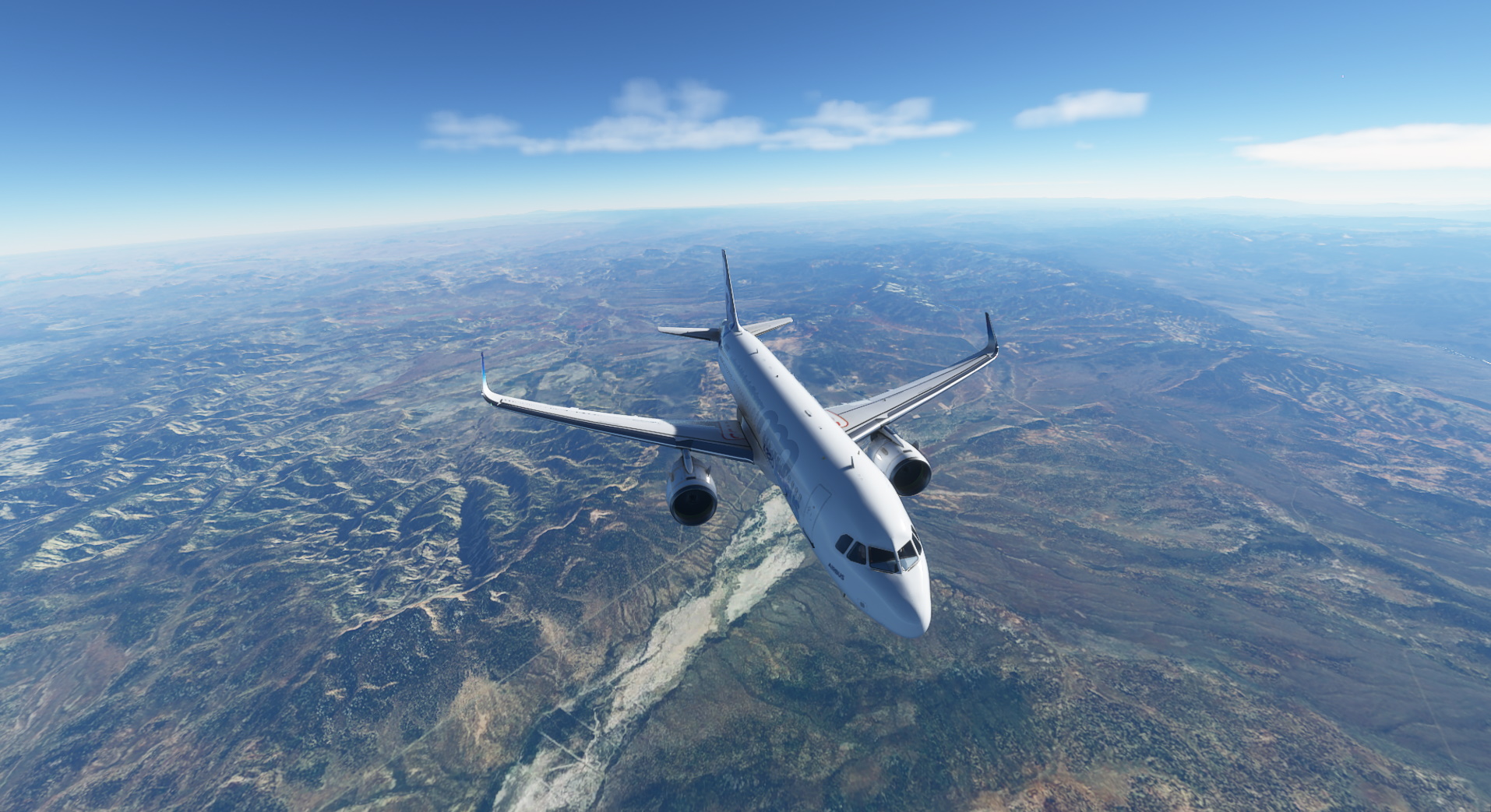 The Airbus A320 is partially broken after this latest update.

My first test flight was a quick run in the Airbus A320 from LAX in California to Phoenix Sky Harbor, Arizona. This gave me a chance to see the noted optimizations made to major airports like Los Angeles International. On the ground, the framerate ran between 20 to 30 fps depending on where I was. The external view provided slightly more, which was to be expected.

This initial pleasure with the performance was a mere distraction, however, as other issues soon became apparent. As soon as the session loaded up, various knobs in the aircraft began to turn without any input from me. This turned out to be the display brightness controls for the glass instrument panel—definitely something that needs to be visible at all times. The trouble continued with the A320 pulling a bit to the left when taxiing. Still, all of this was manageable enough, but not what happened next. Mere seconds after takeoff, all of the aircraft’s systems shut down. After the engines and electrical components all seized, the A320 began to terrifyingly glide its way into a community of homes. It’s 2020, so something that horrific in real life would, unfortunately, be par for the course. Thank goodness it’s just a simulator.

I restarted the flight straight from the runway, and everything worked (except the aforementioned knob and taxiing issues). Even so, I still wanted to test the Airbus further. I did a second flight continuing from Phoenix and headed to Salt Lake City. During takeoff, the engine power fluctuated a bit for about a minute. I’m not quite sure what made it correct itself, but it eventually stopped happening.

Clearly, the Airbus A320 is quite bugged after the update. As what appears to be the most widely used airliner in the sim so far, this is a big goof on Asobo’s part. But, it’s become a bit of an unfortunate trend in a lot of games for a patch to break something that was previously fine. 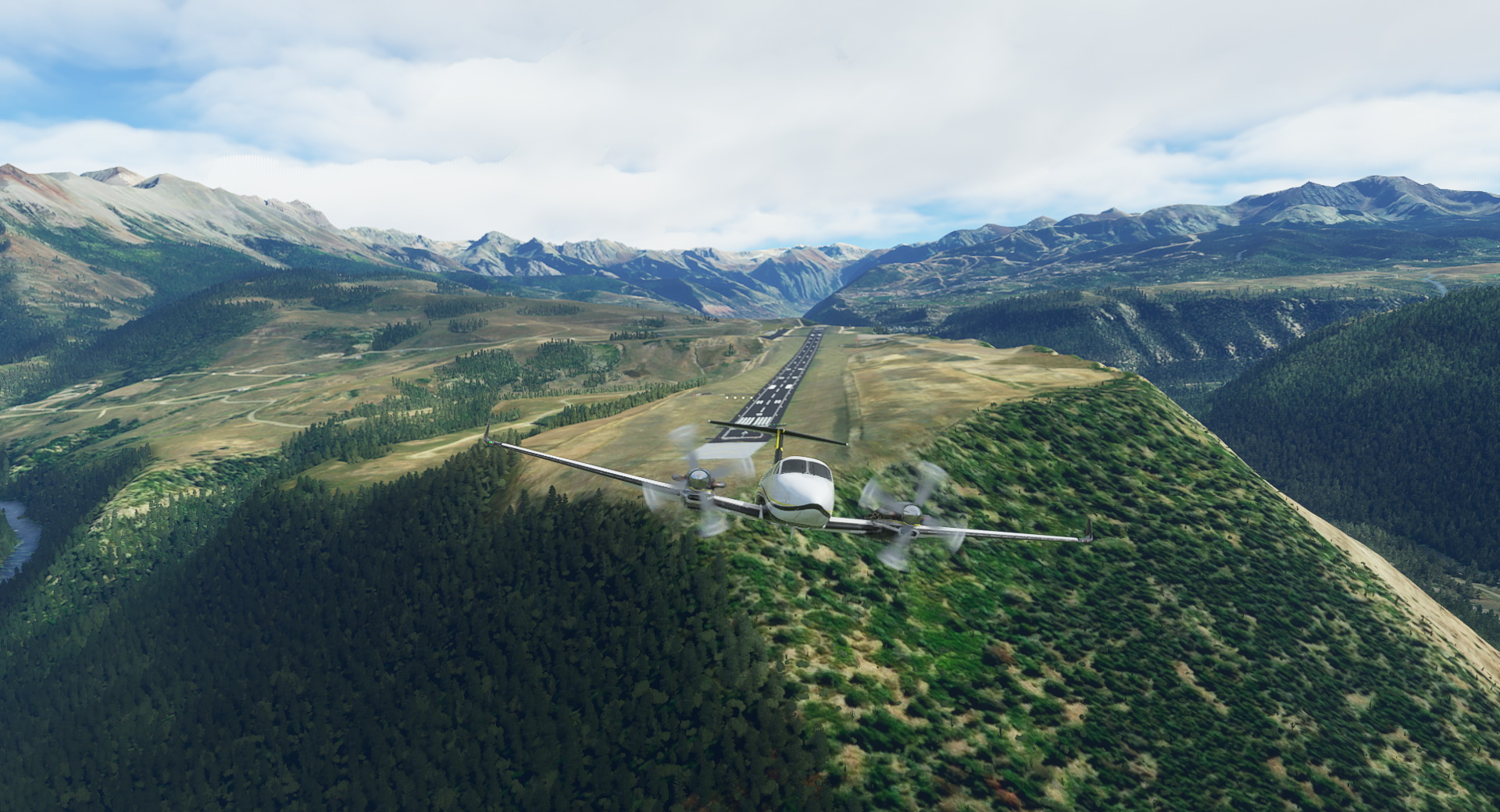 The Beechcraft 350i seems to have some newfound AP issues of its own.

I then ran some more test flights with other aircraft to see how patch 2 was treating Microsoft Flight Simulator as a whole. Flying from Salt Lake City to Jackson Hole in the TBM 930 was a far smoother experience. It also has a glass cockpit, and performance was better than before the update. There was even a bit of stormy weather, yet the framerate held up nicely. The next flight from Jackson Hole to Telluride with the Citation CJ4 also went well, though I did experience a big 15-second freeze as soon as I took off.

For my last few tests, I took the Beechcraft King Air 350i for a spin. It has been one of my favorite aircraft in Microsoft Flight Simulator, but now I need to approach it with caution. On both a flight from Telluride to Aspen and then on another from Aspen to Denver, the avionics system had a partial shutdown in the middle of flight. This disabled the autopilot, thus causing the aircraft to bank to the right (which happens anytime the autopilot isn’t on.) Turning the battery and generators off and then back on didn’t restart it. After several minutes however, it did reset itself. There’s no indication as to why it happened to begin with though, or why it came back on.

Considering that several aircraft and their systems were also adjusted in this update, it’s a bit jarring to see some critical new bugs pop up all over the place. I have yet to test out any of the other aircraft yet, but I wouldn’t be surprised if more have new issues. It looks like there will need to be further adjustments made to correct these new problems. 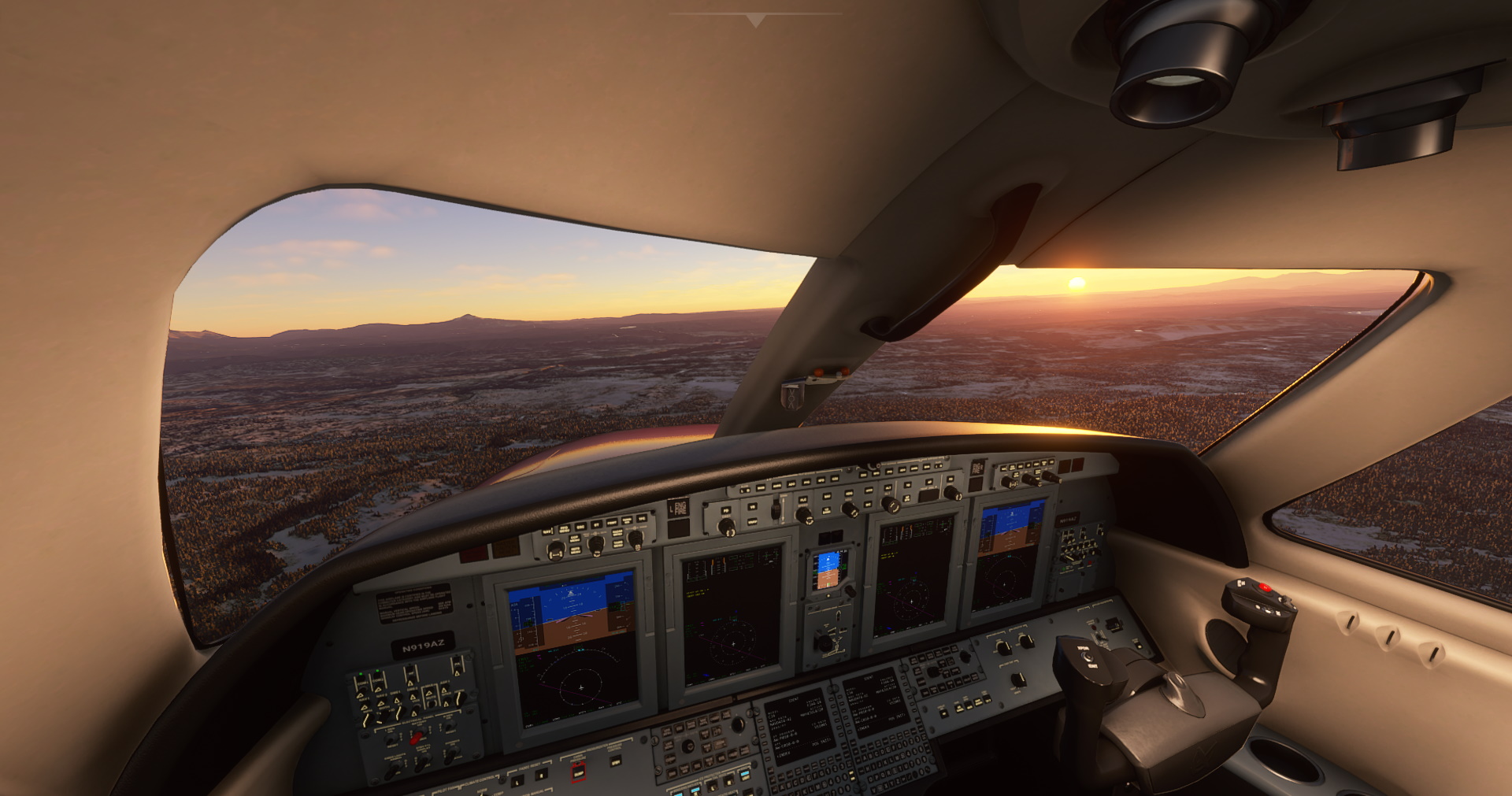 Thankfully the fixes that work are good.

Despite these bugs, the core experience for Microsoft Flight Simulator after patch 2 seems to be better. Performance has been relatively good with less stutters than before (though they are still present). There are also still random freezes that last a few seconds, but I haven’t experienced a crash yet since the update. The Live Weather functionality, which was supposed to be fixed, is still hit and miss, however. It works most of the time, but it’s still not 100%. For instance, on the aforementioned flight from Aspen to Denver, I had clear skies despite real-world weather reports calling for most cloudy conditions. All things considered though, things are generally good and you should have a relatively decent experience. But, we’re still not to the point where we can sit back for a long haul flight and just watch the sim do its thing without the concern of something breaking.

Microsoft Flight Simulator is a big, complex beast. It’s no wonder why so many glitches and bugs keep showing up for a variety of different players. I’m sure Asobo is working hard to squash them, but the testing job does seem to fall into the laps of the community to a larger extent than players may have anticipated. Still, the support forum is there for the sake of reporting and discussion, so make use of it if you find more issues. Here’s hoping that sooner rather than later, Microsoft Flight Simulator will be in a smoother state.