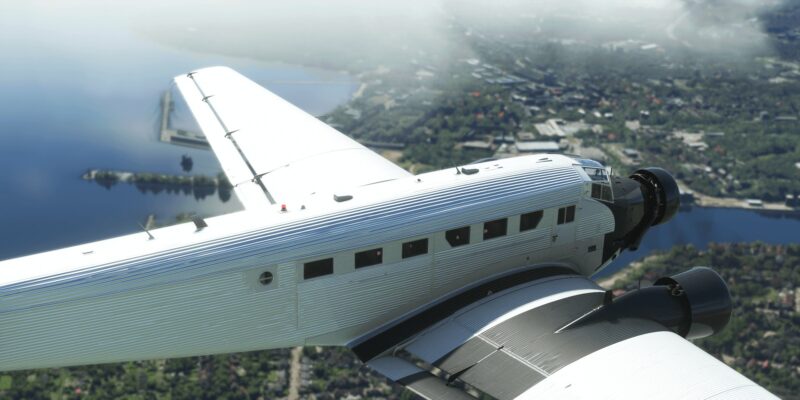 The world of Microsoft Flight Simulator is about to get a whole lot bigger, with the introduction of helicopters, and more. Popping out from the clouds is some new content from Asobo Studios, including an upcoming World Update, a new gameplay feature, and two new official aircraft — each the first of their kind for the game.

The upcoming World Update V, which was originally set to release this week, will instead be coming in September. Despite the small delay, it will still contain a slew of new content. This includes new photogrammetry (3D) cities across Germany, Switzerland, and Austria, along with other scenery enhancements for these three countries. About 100 new points-of-interest have been handcrafted, new aerial imagery has been integrated, and high-resolution elevation maps are coming too. Asobo also confirms that several airports in each country have been updated, including some new handcrafted ones as well. All of this new content will be available for free when World Update VI drops on September 7.

While the new World Update builds on the area surrounding the Alps and beyond, the new gameplay mode instead takes place in the arid area of Reno, Nevada. Here, players will fly fast and low as they compete in the new Reno National Championship Air Races event.

These events will make use of specialized propeller-driven racing aircraft, which are capable of handling extreme g-forces and reaching blistering speeds. This marks the first official expansion for the sim since its release, and it’ll come out this Fall.

In addition to the rocketing new race aircraft, players will also get to enjoy two very different kinds of flying machines. First off is the start of what Asobo is calling the “Local Legends” collection of aircraft. Such aircraft will coincide with the release of future World Updates, starting with the upcoming update. Thus, the first LL aircraft will be the Junkers JU-52; a German-made piston-engine trimotor prop, arriving all the way from the 1930s.

Originally designed as a transport aircraft, this German legend has been recreated using a high-resolution digital scanner. Asobo’s designers have even been able to get Bernd Junkers on board with the project, who is the grandson of the plane’s original designer, Hugo Junkers.

The Junkers JU-52 will take to the skies on September 7, as World Update VI releases. Like all of Asobo’s other additional aircraft, it will be released as a premium add-on for $14.99.

In addition to the JU-52, Asobo is also preparing a very interesting aircraft to add to the Microsoft Flight Simulator hangar: the VoloCity. Categorized as an eVTOL aircraft (electric vertical take-off and landing), the VoloCity has multiple rotors spread out across a ring-shaped array, making it one of the most unique-looking helicopters ever made. Just like the JU, the VoloCity is a German-made aircraft, produced by the company known as Volocopter. Asobo has partnered with this company to create an authentic virtual rendition of the electric helicopter.

The release of the VoloCity is special, since it marks the first official release of a helicopter since the sim launched. Helicopters have long been included by default in past iterations of Microsoft Flight Simulator, but this time they will make an official introduction as add-on content. Currently, Asobo hasn’t said whether or not this will be free or paid DLC, but it has confirmed it will come out this November.

How to unlock the RAAL MG light machine gun in Warzone