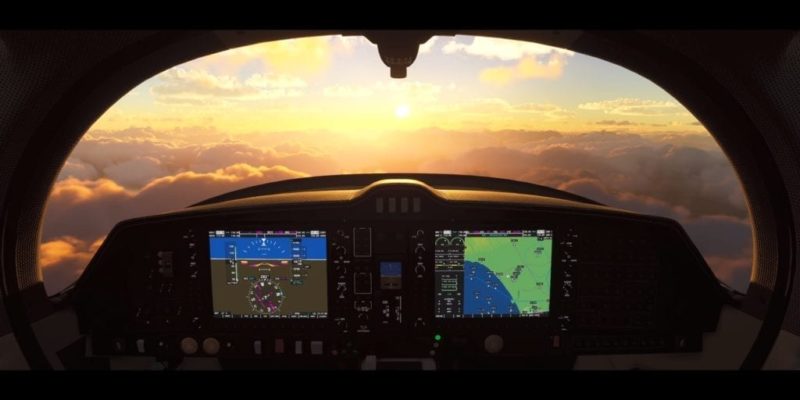 During E3 2019, the Microsoft Flight Simulator team revealed a new title in the works. The last time the flight simulator crew released a title was in 2014, with Microsoft Flight Simulator X: Steam Edition. This was a reworking of the 2006 release of the game, bringing it to a new audience on the Valve-owned digital store. To clear some of the air about the development of their newest skyward title, the team took to a blog post to provide some details and, quite possibly, manage expectations.

In the brief, numbered point style list, the team addressed questions from the community about content. More specifically, they discussed some concerns brought to the team’s attention concerning mods. In the post, it says that the team plans to support “3rd Party Content Development and Community Content creation.” In fact, they want to wade through the development process with a focus on the community that has enjoyed its games. The post goes on to say, “We genuinely want to work closely with the community in the development of this title.”

If you are one of the people that is looking forward to this feature, you might be in luck. The team plans to release further details regarding its “Preview Build/Insider Programs.” So, bookmarking the Microsoft Flight Simulator page or signing up for updates might be a good idea.

It seems that now, more than ever, the game with the word “simulator” in the title will have that as a core focus. However, this also means bringing the flight experience to more people. This comes in the form of having accessibility options available for pilots.

Accessibility is important to us. Whatever your abilities are, if you want to fly, we are going to do whatever we can to make that happen. Yoke and pedals, mouse and keyboard, controller, etc. No pilot should be left behind.

Although the series has leaned heavily into the PC experience in the past, it looks like console is also a developmental focus. The team states, “Designed for PC, optimized for multiplatform support (e.g. Xbox).” With the recent extension of Xbox Game Pass to PC, this could be yet another title on the platform. Not only that, but cross-progression might also become a possibility.

Microsoft Flight Simulator is currently in development. We have no release date for it at this time. However, the game was only recently revealed during E3 2019 at the Microsoft Press Briefing.

Bloodstained: Ritual of the Night review – Once again given flesh