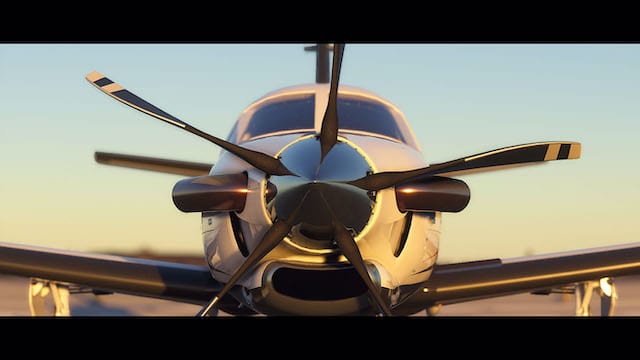 Since its reveal earlier this year, Microsoft Flight Simulator has been winning over fans of aviation with its realistic physics and its array of available flight vehicles. And the latest trailer, which debuted today during Microsoft’s X019 showcase, provides even more to get excited over.

In the trailer, fans will see a number of new aircraft. These include licensed craft from Airbus, The Boeing Company, CubCrafters, ICON Aircraft, and several others. It’s a beautiful-looking game thus far, with vivid, life-like visuals. And its technical gameplay should bring things together pretty nicely, while hopefully not being too difficult for newcomers.

What can you take flight with?

The game provides a variety of large and small aircraft, with each having their own particular challenges. Along the way, you can also change the conditions that you fly in, whether it’s day or night. Based on what we’ve seen, it should be fun to play, no matter when you feel like flying.

On top of the planes being incredibly detailed, Microsoft Flight Simulator also has some great locales to buzz over. These include the Burj Khalifa tower in Dubai, the pyramids of Giza, and several others. With enough skill, you can create your own dream tour of the world with ease.

Additional gameplay wasn’t available with the latest trailer. But if Microsoft Flight Simulator follows previous releases pretty closely, players should be in for an accurate simulator that’s fun to play. The only question is where they’ll want to fly first, especially with a wide-open map available.

Currently, Microsoft Flight Simulator is set to enter a closed alpha soon. After that, it will be available for both PC and Xbox One in 2020, as part of Microsoft’s Xbox Game Pass program. We’ll see how well the game comes together with its final release. For now, enjoy the trailer.