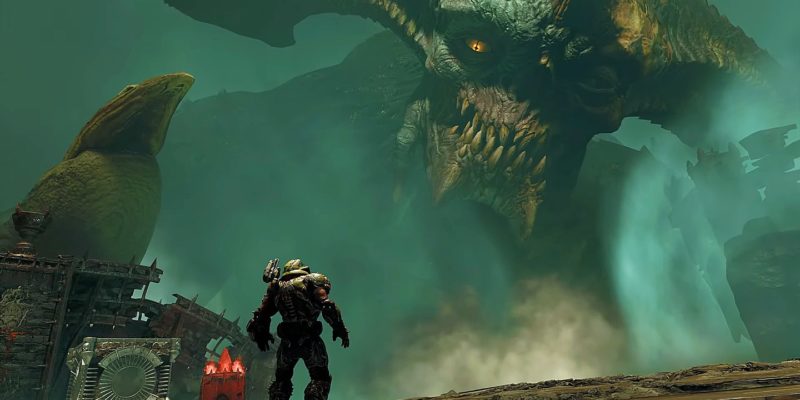 [Update Sept. 24 @ 1:20 PM ET]: Microsoft has confirmed that Doom Eternal is heading to Xbox Game Pass for PC later this year. The game will arrive on the Xbox One first on October 1, then make its way onto PC “later in 2020.”

With Microsoft having acquired ZeniMax Media, the gaming landscape has certainly been shaken to the core. This also means that the best deal in gaming, Xbox Game Pass, will be getting even more additions to its library from Bethesda. We already know that upcoming entries from its many franchises will be coming to the service, such as Starfield. However, that is something to ponder about in the future. Something else is coming in the meantime, and everything points towards id Software’s Doom Eternal becoming available on Xbox Game Pass.

The reveal of sorts comes via the Xbox Game Pass Twitter account. Sharing an image of a purported internal memo from one Melissa McGamepass, Microsoft is definitely not wasting any time.

“Listen up everybody! Out of all the months this year, this has definitely been the most eventful. On top of the announce of EA Play and cloud gaming (Beta), there’s even more new coming your way. Keep reading for more details,” the message says. “Better get excited. Everyone’s gonna go crazy when they hear what I’m about to tell you. Low and behold, [REDACTED] is coming to the service very soon! Of course, this needs to remain a secret. We need to resist the temptation of dropping hints for followers.”

So far, nothing about Doom Eternal.

Melissa said not to drop hints so we're not dropping hints. there are absolutely no hints in this screenshot. don't bother looking for them. there are none pic.twitter.com/0PQ41B260S

At first glance, it is not saying much. However, eagled-eyed users have since noticed that the first letters of the sentences can be used to form the message of “Look below.”

While there were no follow-up tweets or announcements, many looked to the image itself. After adjusting for colors, we get the real secret message. The Doom Slayer is on his way, and Doom Eternal will surely make Xbox Game Pass its next home. This might also mean the 2016 reboot will also be part of the deal. Considering that Microsoft now owns the property, this is a no-brainer. 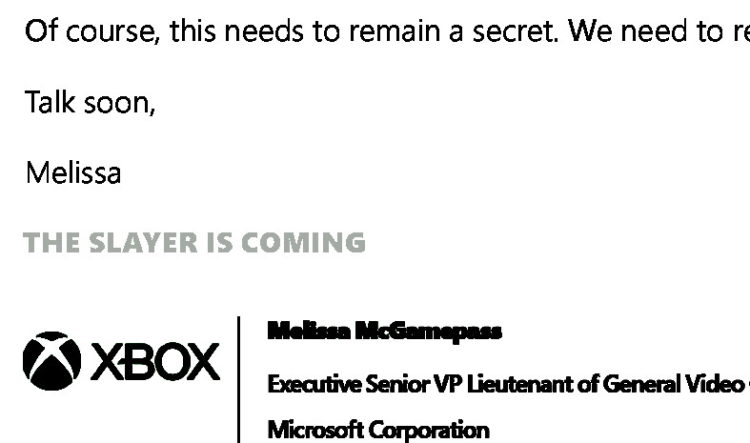 It remains to be seen if Doom Eternal will also make the jump to Xbox Game Pass for PC.