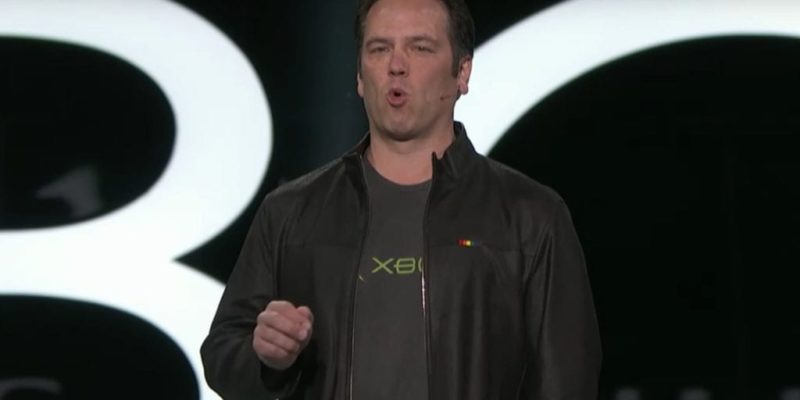 Anybody watching Microsoft’s E3 2016 conference through a PC lens (high resolution, naturally) will have noticed that, for Microsoft, ‘PC’ now emphatically means ‘Windows 10’. The company are extremely keen to push the operating system, the Windows 10 store, and the ‘Universal Windows Platform’ (UWP) driving all this cross-device, cross-platform stuff. As a result, we’re getting more games that would traditionally have been reserved for Xbox exclusivity. That’s good. Great, even. But we’re also seeing more titles that would previously have had a broader PC digital release (Steam/GOG etc) restricted to Windows 10. That’s not so good.

Whether the plan has always been to use Xbox One games to drive people to the Windows 10 store is best known to Microsoft, but the recent suggestions from former Lionhead employees that both the store and the operating system numbers are under-performing could be what’s pushing this surge of titles.

Microsoft’s main hurdle in getting PC users interested in their Windows 10 store is that, as a platform, it lacks basic features players have come to expect as standard. Games running through the UWP system are currently hampered by restrictions that are considered laughable (or worrying) by most informed PC players.

Hopefully the release of Gears 4 goes a bit better than this.

Early efforts like Rise of the Tomb Raider and the Gears of War: Ultimate Edition were severely undermined by issues like forced borderless fullscreen, the incompatibly of overlay programs (FRAPS and the like), and the lack of any SLI or Crossfire functions. Quantum Break (released in April) took until June to release a patch that enabled the use of Gsync and FreeSync, and allowed players to turn off V-Sync. That’s basic stuff which should’ve been supported at launch, but Remedy instead had to struggle with UWP to implement straightforward options after the fact. Meanwhile, Quantum Break is still seeing atrocious performance problems a couple of months after launch.

Longer-term, there are major, legitimate concerns about UWP’s compatibility with modding, as the security structure prevents external programs (even benign ones) from interfering with the games. So no SweetFX, and no access to the .exe file for straightforward FOV or resolution fixes. If a game is ballsed up on Windows 10’s store, it’s currently much harder for PC communities to help sort it out.

It’s fair to note that things have slowly improved for the Windows 10 store (Quantum Break may still run appallingly and cost a lot of money, but hey, you can switch off V-Sync!), and some games have managed to pull off a more successful launch. Killer Instinct and Forza 6: Apex, for example, seem to have appeared reasonably problem-free. But certain aspects of UWP, it’s restrictive philosophy on a platform famed for its openness, appear to be endemic.

That’s the base of skepticism and hostility Microsoft will encounter with every Windows 10 exclusive release. Nobody with a desire to play the best possible PC version of a game would ever opt for a Windows 10 store release. If you happen to own an Xbox One and purchased a ‘Play Anywhere’ branded digital game, then obviously the free Windows 10 copy is a lovely bonus no matter your feelings on UWP. But the only instance where a PC-exclusive user would choose to go for a Windows 10 store version is if there is literally no other choice.

Presumably, this is Microsoft’s plan. Remove all the other options by force, so people have to begrudgingly get Windows 10 versions of the games they want to play through gritted teeth. That’s not exactly a great way to build your audience. You probably want people seeing E3 and saying “great, Forza Horizon 3 on PC!” And hey, it is pretty great to have Forza Horizon for the PC. No doubt. It’s just that part of every PC owner’s mind is following up with the sentence “… shame it’s only on the fucking Windows 10 store”.

More so in the case of games like Dead Rising 4 and State of Decay 2, where prior entries in the series were available through Steam on all (recent) operating systems. In those cases, Microsoft’s Windows 10 obsession is going to actively upset people. They could previously play State of Decay how they wanted. Now they not only have to be using Windows 10, but the rubbish UWP store as well. 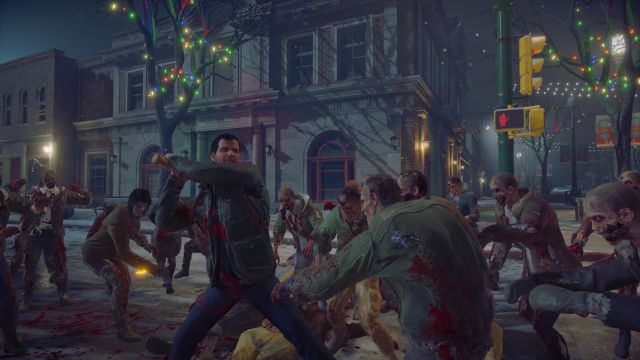 Getting these titles on PC is, itself, terrific. It’s never a bad thing to be able to play games on more platforms, so hearing that Gears of War 4, State of Decay 2, Dead Rising 4, Crackdown 3, Scalebound, and Forza Horizon 3 will be joining things like Halo Wars 2 and ReCore on the PC release list is very welcome news. Cross-play is an inclusive and practical concept too. Getting more players in these games for multiplayer sessions will probably only strengthen them (especially as most of these shouldn’t see a mis-match between gamepad and mouse control).

But there’s always a catch with Microsoft. In this instance it’s attempting to push Windows 10 and UWP through brute force, instead of addressing (really addressing, not trimming around the edges) the fundamental issues PC players have with those systems. That’s setting up these games for another round of scrutinised launches where, again, a few of them are going to come up short on technical and performance grounds. PC users are not going to flock to versions of games that fall short of expected standards. People who genuinely want these titles will always be weighing up whether that desire supercedes the inherent down-side to owning them through the Windows 10 store.

Without significant change, that’s the best response to Windows 10 exclusives Microsoft can hope for right now. A queue of disgruntled PC users wishing they were buying the game on Steam or GOG instead. The rest probably won’t be buying at all.