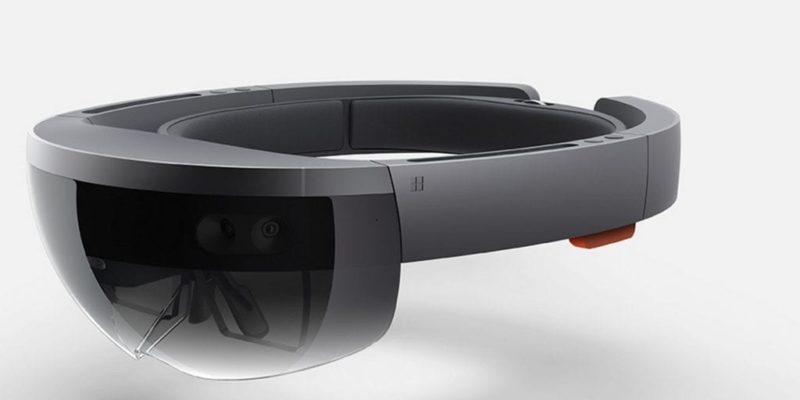 The various Virtual Reality headset device prices announced across the past couple of months have seemed awfully high, but they may seem reasonable in comparison to Microsoft’s HoloLens.

Granted, today’s pre-order price reveal of $3,000 is for a HoloLens dev kit, not a mainstream, retail release. Still, that’s a lot of cash.

Microsoft, you may recall, is pitching HoloLens as a sort of best-of-both middle ground between Augmented Reality and Virtual Reality. This “Mixed Reality” will supposedly use holograms to ‘augment’ the real world and ‘transport’ you to a virtual one; but not in quite such an isolated manner as VR.

With any sort of ‘consumer’ version still a long way off, it’s probably too early to speculate about how well HoloLens might work as a gaming platform. Microsoft clearly have some intentions to that end, though, as the dev kit version ships with three titles. RoboRaid, where robotic invaders assault your living room; Fragments, described as a “mixed-reality crime drama” that’ll use your own home as the scene of the crime; and, bizarrely enough, a new Conker game.

Young Conker apparently transforms your room into an environment for the famously foul-mouthed squirrel to explore. Maybe he’ll tell you your choice in decor is shit, or something.

Some hardware details about the device can be found lower down this page, and seem to range from the very specific to the somewhat vague (I can’t, for example, find any straightforward resolution stuff besides a 16:9 aspect ratio). The HoloLens appears to have four cameras for “understanding your environment,” another one for depth, as well as gesture and voice inputs.

The HoloLens dev kits are set to start shipping from 30 March.