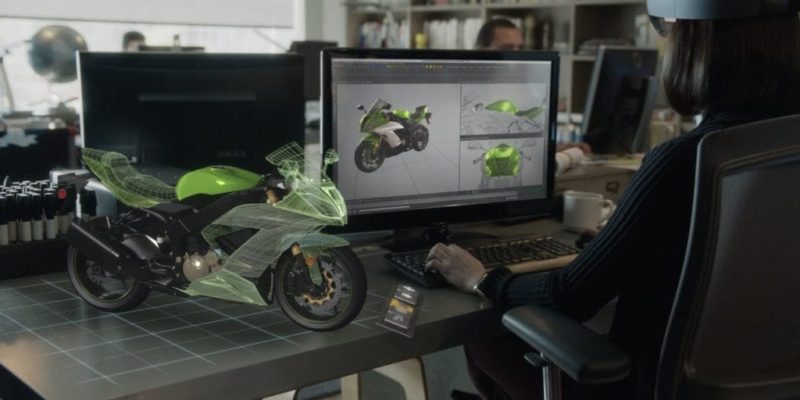 HoloLens sounds great but you’ll have to wear these glasses which will reduce your cool factor.

During the Microsoft briefing today one of he main announcements was the HoloLens AR tech which involves firing on a pair of specs to add objects to your world. Unlike the Oculus Rift where you’re looking at screens, this is augmented reality which brings objects into the real world.

The HoloLens is a nifty piece of hardware as it comes with all the computing power built, well inside a little box strung around your neck, which means no cables and freedom of movement. There’s no doubt what Microsoft are trying to achieve could be very useful but as far as gaming goes it doesn’t sound like it’s going to set gaming world buzzing.

Part of their demonstration involved Minecraft blocks, but as you’ll see from the video below, this is AR which means the game is part of the real world so it’s not really truly immersive. I think most gamers would agree that they would rather feel completely immersed in any gaming experience. There’s also still the problem of how players interact with objects in the world, a problem that nobody has quite figured out just yet.

Watch the video below, which is all PR so keep that in mind, and see what you think. It’s early days but I’m even less convinced by this than I am of the Rift which still needs work.

Five More PC Games To Look Forward To In 2015

By Wes Tacos7 hours ago
Industry