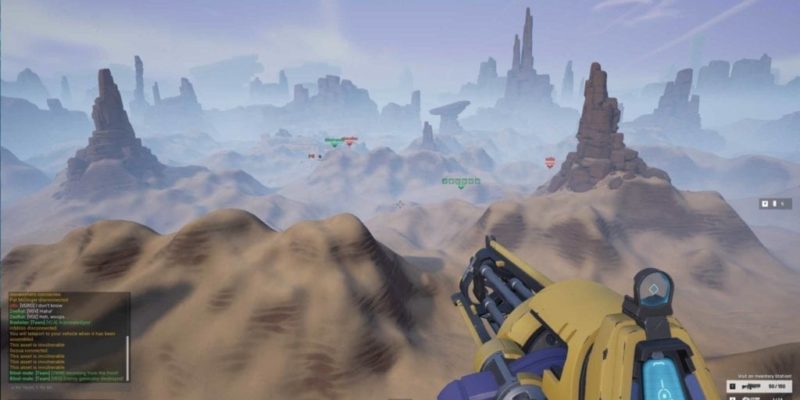 First there was DOOM, then Quake, but one other shooter often gets missed off the classic shooter lists; Tribes. Tribes was a little different. It had interesting physics, a variety classes, vehicles, and deployables. Tribes was also extremely entertaining, a fast-paced game of shooting and strategy. The original was a true classic, eventually followed by a sequel that didn’t quite shine as brightly. The concept is now back with Midair.

Hi-Rez Studios had their own recent crack at Tribes after acquiring the IP, an act which got older gamers like myself rather excited. Sadly Hi-Rez let the franchise down after a promising start, and eventually gave up on it in 2013. Here we are today and Archetype Studios has decided to revive the classic model. If the name seems familiar, Midair first appeared on Kickstarter back in May last year. It’s now in Early Access on Steam. 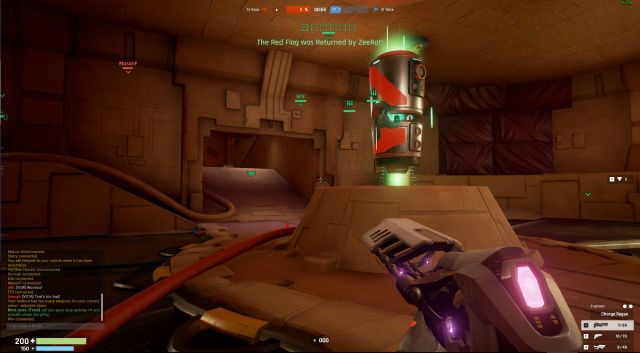 Archetype have obviously taken a long hard look at what made the first Tribes such a success. Midair is undoubtedly influenced by the first game and its interesting slidey physics, which would allow you to use the terrain and hurtle across the maps at breakneck speeds. The game is still very much in testing though because, currently, the movement physics are not quite there. Almost, but not perfect. The trick with Tribes was to hit the slopes at the right angle and propel yourself upwards and along (‘skiing’ in Tribes parlance). At the moment Midair has nearly got this right but it feels a little sticky. In Midair you just hold the spacebar and you can ski your way across the map, which is a lot easier than it was in Tribes. I’m not sure if that’s a bit of a cheese.

Archetype are also adopting the three armor-class model of light, medium and heavy, each with their own pros and cons. Light to dash around the map and grab the flags, medium which is a middle ground, and the slow but more armored Heavy. It’s this mix that helped make Tribes tactically compelling and Midair is hoping to replicate that. 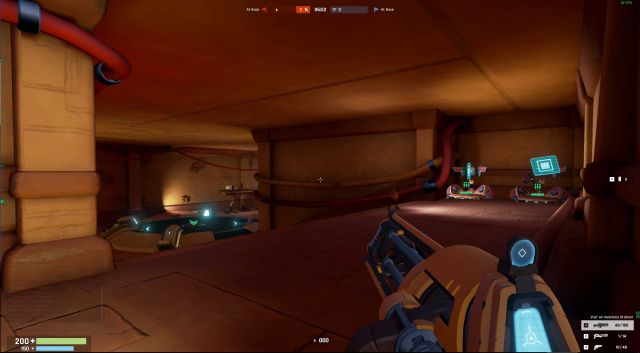 One thing that is different is the art style and not everyone, especially old-school Tribes players, will be a fan of it. Archetype has opted for the more rounded, cartoon-styled characters which are all the rage in today’s shooters. I’ll admit I do prefer my soldiers looking a little grittier and less smiley. The good news is that when you are playing you don’t really notice it at all as players whizz around the maps. It’s only really apparent when you’re in the base filling up or respawning.

Midair’s weapons are a direct port of the original Tribes with the disc launcher, chaingun, mortar, plasma gun and grenades. Availability depends on which class players select. Weapons such as the chaingun and the ring launcher are suited to the fast-paced aerial combat that ensues in every match when you’re an attacker going for the flag. Grenades and mortars are great for defense in heavier armour or for a mad assault in an enemy base. 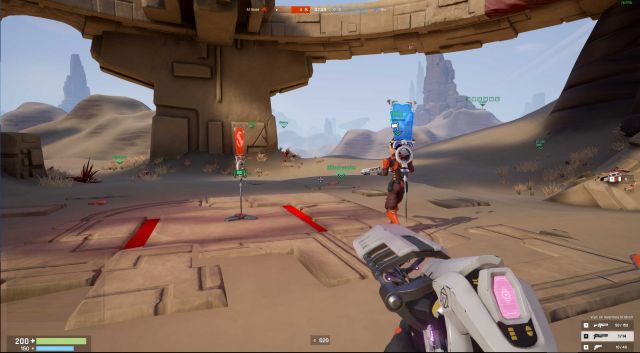 The main game mode in Midair is Capture the Flag, a mode that for some reason is often shunned by today’s modern shooters. Grab the enemy flag and return it to your base to be placed on top of your own. A real objective game. Most shooters released today opt for the incredibly dull capture and hold objectives, but playing CTF again in Midair might eventually be as entertaining as it was in the original Tribes. Once it’s had some more polish, that is. All the staples are here: supply stations, a generator to power defenses, a good variety of weapons and vehicles.

Midair comes with three types of vehicles: an aerial fighter, a tank and a bomber. The latter two are able to carry two players. These vehicles are not bad but still need a little work and perhaps feel a little less useful than the ones in Tribes. If I remember correctly, vehicles in Tribes were not the easiest to control but they were great for an escape option if you nabbed the flag.

After a few games of CTF I remembered why I enjoyed the Tribes model so much. The movement, teamwork, weapons, and even the voice commands which are also present in Midair. There is also nothing more satisfying than shooting a disc at an enemy on the exact spot where they are about to land. Predicting where players are going to end up is half the fun and Midair provides that in spades.

Currently there are two other modes, a Rabbit mode and Arena Mode. Unfortunately these are not really playable right now due to the simple fact that everyone who is playing is playing CTF. A lot of the maps are also still prototypes and remain unfinished which is perhaps to be expected at this stage in Early Access. There is clearly still quite a bit it work to be done to get this finished, but it is quite playable.

As an avid Tribes player back in the day I hope Midair manages to succeed where others have failed. PC gaming really needs a new and updated version of Tribes. If it receives continued support from the developers, maybe Midair will be the one.

Midair is available now as a Steam Early Access release.

Lawbreakers continues to struggle. Is there a future for it?