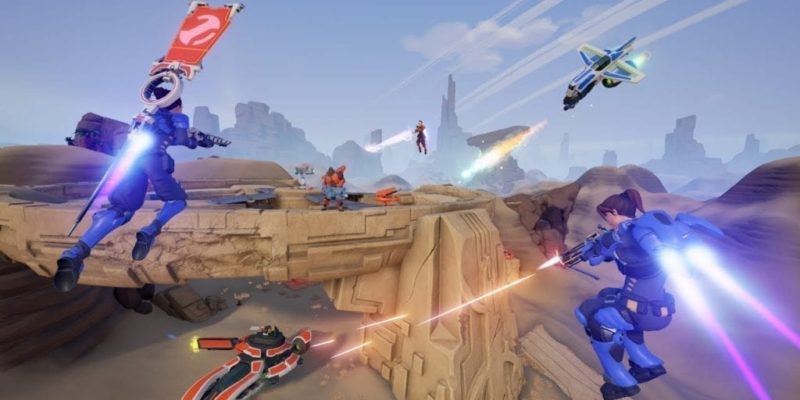 The game came to Steam Early Access this week and the team has released a new trailer in order celebrate the launch. It originally started off on Kickstarter and accumulated a little less than $150,000 and since the initial goal was  $100,000, you could say that the campaign was pretty successful

Midair is a jetpack shooter where you’ll have to build defenses and use quick movement in order to outmaneuver your enemies. It’ll feature classic game modes like Arena fights, Capture the Flag, but also modes like Rabbit. In this mode, one player grabs a flag and every other player tries to kill them. There will be more modes available in the near future.

If you want to try out Midair, you can check out the game’s Early Access page right here. The game will be free-to-play title once it fully launches as a PC exclusive.