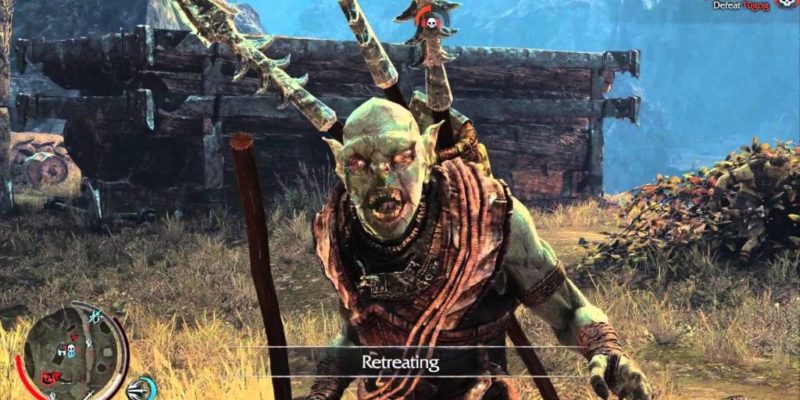 Customisable weapons are de rigueur at the moment, so obviously Assassin’s Creed-lookalike Middle-earth: Shadow of Mordor is partaking.

The latest trailer shows the various ways Talion’s weapons can be customised, and how they come about. Primarily, it’s about equipping runes, which are dropped when you kill enemy captains and offer a number of buffs. Which weakness you exploit on killing a captain influences the type of rune that’ll drop, but you can also get the significantly more powerful epic runes by dominating a captain and making him deliver a death threat to a war chief. This presumably ups the challenge, as said war chief will immediately begin surrounding himself with his best and most able men, but taking him down gets you a powerful upgrade. Like, say, making your fire arrows explode when they hit something.

Nothing overly shocking, but if there are a broad variety of runes then I imagine that tailoring Talion to fit your own playstyle could actually be quite fun. Have a look at the trailer below for more details, and some Shadows of Mordor orc-stabbing action.