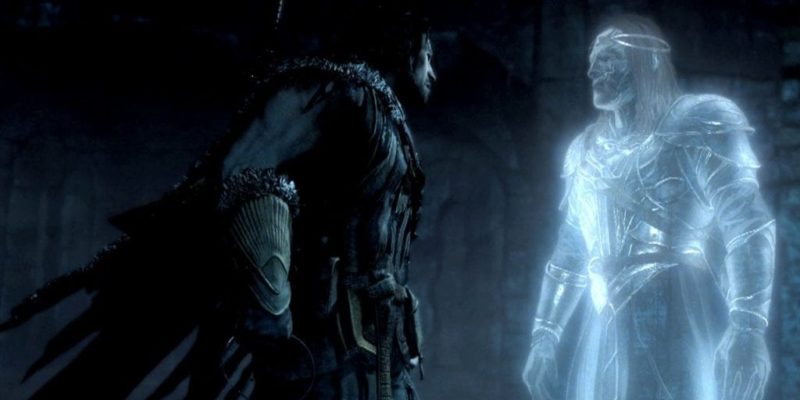 Ring ring. It’s for you.

The Middle-earth: Shadow of Mordor game doesn’t seem like it’s being shy in its use of Tolkien’s mythology. If you’ve been following the game at all, you probably know that the protagonist ranger Talion (Troy Baker) ends up semi-possessed by a wraith. This is where he gets all of his supernatural powers from.

Turns out (according to this trailer) that the wraith is none other than Celebrimbor. He’s kind of an important fellow in the whole Tolkien mythos, because he’s the elf who forged the Rings of Power. A disguised Sauron convinces Celebrimbor to forge sixteen rings (nine for men, seven for the dwarves,) but unbeknownst to the would-be dark lord, the smith also makes three rings for the elves.

Celebrimbor is ultimately captured during the sacking of Eregion in the War of the Elves and Sauron, and dies under torture. That probably means his wraith-ghost in Shadow of Mordor is quite pissed off and not terribly well-disposed towards Sauron. Might explain why he’s helping Talion screw things up in Mordor.

That is probably the most Tolkien lore you will ever see written on IncGamers.

Guess who else shows up in this trailer? Mr. Precious himself, Gollum. It’s not really clear what role he’s playing in the game, but he’s in there somewhere.

Middle-earth: Shadow of Mordor will be showing up slightly earlier than previously planned, in late September rather than early October. The new Bright Lord trailer is below.