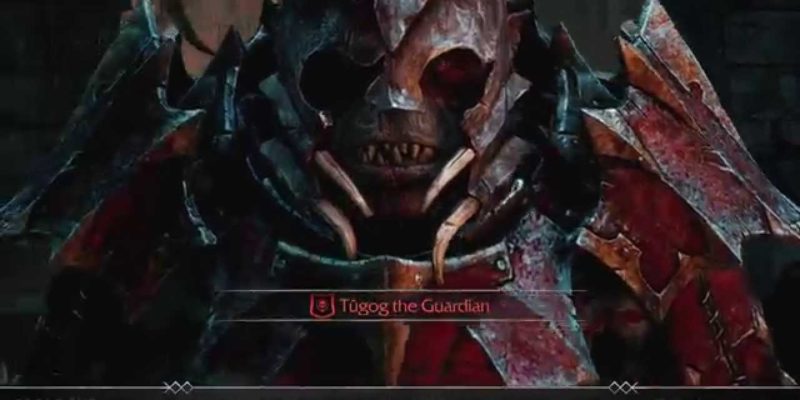 This eight minute dash through the basics of Shadow of Mordor should be enough to get anybody up to speed with how the game works. After a brief prologue setting the Lord of the Rings scene, it gets down to some bullet-point specifics.

First you’ll learn about Ranger Talion and his wraith pal, Celebrimbor. I’m kind of surprised they’ve pre-revealed the wraith’s identity, to be honest (it happened prior to this trailer.) Discovering that your wraith chum was the guy who forged the Rings of Power would’ve surely been a strong narrative beat. Oh well.

The trailer moves on to a few other cast members, like cheeky Orc fellow Ratbag, before explaining the rune mechanic and how they can boost weaponry. Monolith’s Nemesis system then gets a segment of its own, detailing Orc hierarchies and personal grudges.

Then there’s a bit about learning to ‘dominate’ some of the creatures who inhabit Shadow of Mordor’s realm, and an indication that being able to ride around the place will be quite handy; both for speed, and for chasing down more cowardly Orc captains.

Middle-earth: Shadow of Mordor is released on 30 September for the PC. You can watch the new trailer and learn some handy facts, below.