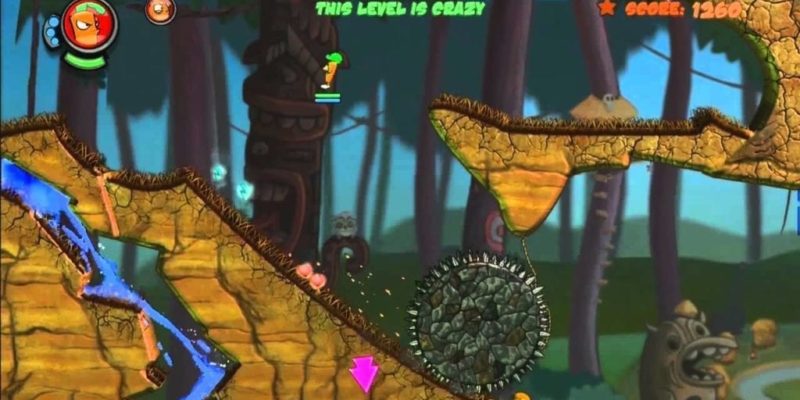 Midnight City is bringing the charming food-fighting, puzzle-platformer, Organic Panic to PC gamers via Steam Early Access today at a special introductory price of $9.99. Poised to turn the nutritional pyramid upside down, Organic Panic pits fruit and vegetable heroes against meat and cheese adversaries in fully interactive and destructible arenas that prove there’s more than one way to peel a carrot.

The story of Organic Panic focuses on the denizens of a food-centric dietary universe where “The Organics,” friendly fruit and vegetable heroes, must battle for caloric supremacy against the “Meat & Cheese Cartel” in a series of customizable and destructible environments. Powerful physics give players the chance to experiment with a plethora of elemental liquids to help solve puzzles in new and imaginative ways. Organic Panic supplies players with the tools and inspiration, but it’s up to each individual to master these elements and abilities for maximum synergy on the battlefield. Burrow through the ground, burn down obstacles, or fill craters with water to solve hundreds of brain-teasing levels, all while keeping those Meat & Cheese high-cholesterollers in their place. Play as stalwart heroes Carrot, Cherry, Kiwi, and Coconut as they master the powers of fire, earth, water, and gravity to change the nature of the battlefield in every match. Local cooperative and versus modes bring friends into the action for high intensity, full-scale nutritional warfare.

During this introductory phase of Steam Early Access, developer Last Limb hopes to use community feedback to build new levels, further develop single player and local cooperative game modes as well as polish the in-game level editor. This editor gives players the power to create and share their own level designs with the community. The single player mode kicks off with 50 puzzle levels to tackle, while the local cooperative mode currently delivers 10 levels available for play. Stay tuned to the Organic Panic Steam Early Access page for more opportunities to offer feedback and get the latest intel from developer Last Limb. Organic Panic will launch at a full price of $14.99, but will remain at the discounted $9.99 for the duration of the Early Access program.

So no need to wait. Jump into Early Access and join this epic brawl for it all to answer the age old question: which cuisine will reign supreme?