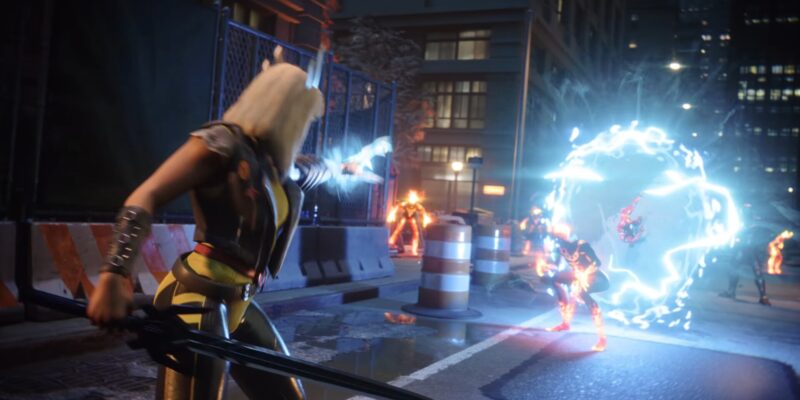 Although Marvel’s Midnight Suns is being developed by the XCOM team, it won’t follow that closely in its predecessor’s footsteps. Indeed, the game will still be a tactical RPG. However, in Midnight Suns‘ first gameplay trailer released today (via IGN), the game will utilize a card-battle system for character abilities. The game should attract plenty of tactics players, but it could be a treat for those who love Marvel and building up the perfect deck.

For the most part, gameplay shown in the Marvel Suns‘ trailer should offer few surprises. Yes, like most tactics games, we see heroes and enemies standing in various arenas waiting on orders. However, unlike in XCOM, you deal out said orders via cards. For example, Wolverine can use a Power Slash card that, when used, deals Knockback and something called Vulnerable. My guess? It likely makes the enemy unit more susceptible to damage. But considering that the attack knocked the enemy into an explosive barrel (tactics, people), feeling vulnerable is probably the least of his worries. The camera angle is also closer to the battle, ready for those superhero action shots.

There will be more than just attack cards to build out your deck. It appears you can claim one card among three with each pack, gained via the “spoils of battle.” Some of which are support cards, such as a Heal ability that restores 30 points of health. You can also bring in a Banish card, which allows you to send an enemy (or ally?) into the void. More cards come available as you build relationships between the protagonist Hunter and the other heroes.

Marvel’s Midnight Suns is certainly looking interesting, card-battle system and all. I can’t say I’m a huge fan of card or tactics games, but I have a feeling plenty of those who are have Midnight Suns on their radar. It is coming to us from Firaxis Games, so I’m fairly confident it can pull off this fascinating blend of superheroes, tactical combat, and a friendship simulator.

Midnight Suns is set for a release in March 2022.