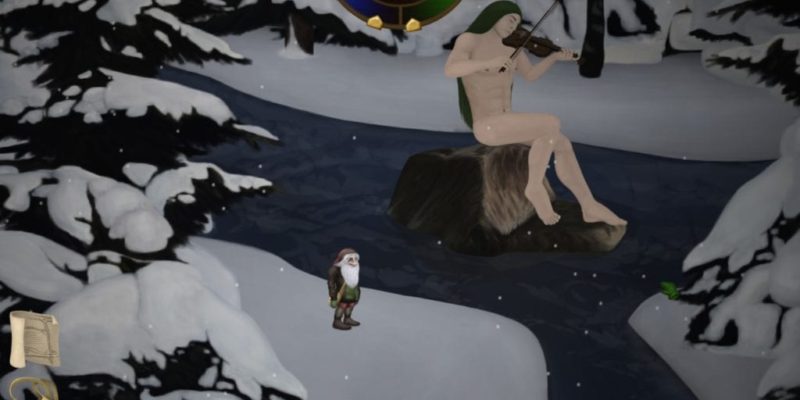 This is not a review of Midvinter. This is a pseudo-review.

That’s because I have absolutely no idea what I think of Midvinter, let alone how to score it. I mean… I like it, I think. I just don’t know if I like it for the right reasons. Does that make sense? Are there bad reasons to like a game?

Midvinter is a tiny, bite-sized fairytale, which reminds me a lot of kids’ games I played when I was younger. I don’t mean that you beat the wicked witch by solving rudimentary maths problems – I mean that it’s pretty much a storybook with some interactivity offered up by clicking things on the screen. 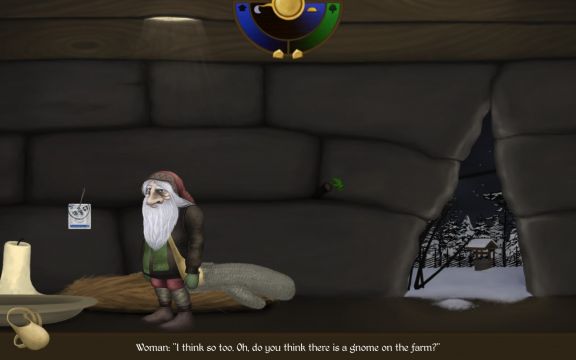 It’s based around Scandinavian folklore. You play a Nisse, which – from what I can recall of Scandinavian folklore, and from what this game has taught me – is a little gnome that lives hidden away on a farm and, if treated well by the people who inhabit the farm (by leaving out porridge for it, for instance) will guard the farmstead and help out with rudimentary chores.

The game begins with a new family moving into the farmhouse. In a few short days, the wife will give birth – which is both a cause for celebration and for panic, because a troll wants to replace the baby with a changeling of its own. Your task is to find a way to prevent this. 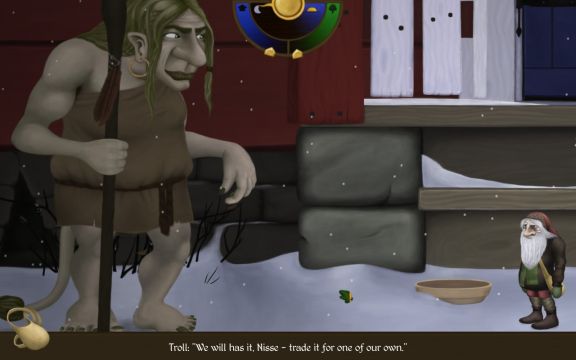 You can do this in two ways. You can boost your own power by helping out the family (tidying up yarn, cleaning up cobwebs, finding lost keys) or by convincing the Skogsra – the guardian of the forest – to help defend the family. Or you can do both. Or you can do neither. Depending on your actions, you’ll find yourself with a different ending.

Midvinter is not a long game as about 40 minutes of play was enough to get me every ending (barring any hidden ones I may have missed) and all but two achievements. It’s also not a difficult game, as the Nisse will automatically use any items in his inventory when you try to interact with something appropriate. I’m not sure if I’d actually call it a “game”, in fact; I mean, I described it above as an interactive storybook, and that feels a lot closer to the mark. 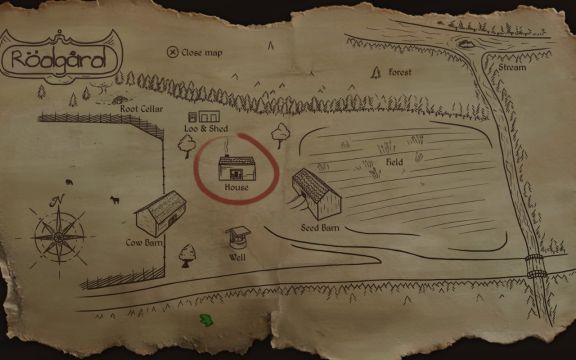 The main “challenge” is working out the best order to visit locations so as to get everything done before time runs out.

And if you’re a folklore nerd, that’s not actually a bad thing. It’s got a lovely art style. It’s got some voice acting that’s on just the right side of unsettling, and some rather beautiful music. It’s got lots of other folklore creatures to interact with, and offers up a few details on each. It’d be nice if there was a little in-game encyclopedia that gave some heavier detail on each of them, but it’s not a big thing.

Is it worth the $5 it costs? I haven’t a clue. All reviews are subjective, but this feels way more subjective than usual, simply because of the nature of the game.

If you want a short, light, comfortable trip into Scandinavian folklore that will remind a fair few people of huddling up under the covers, reading fairy tales by torchlight long after they should’ve been asleep – which I strongly suspect is something that the author did – then I’d say yes, and I’m also pretty sure that’s exactly what it’s meant to do. If you want a game, then no. This is more of an “experience”, tailored to appeal to a very specific audience, and I suspect that’s why I’m having such a hard time deciding what I think of it. 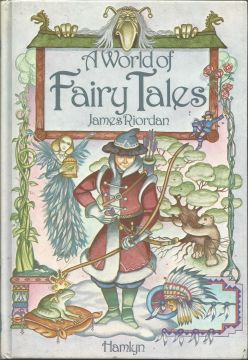 This huge hardback was a great companion through my childhood, and I still have it now. And yes, it has horrible fairy tales in it too.

What Midvinter does, it does very, very well. It’s just a question of whether that’s something you’re interested in, and whether you can get past the fact that it’ll take about half an hour to see everything it has to offer.

You still want a score? Fine. I hereby declare Midvinter worthy of Scandinavia out of 10.

Mafia 3 wheels out a driving trailer