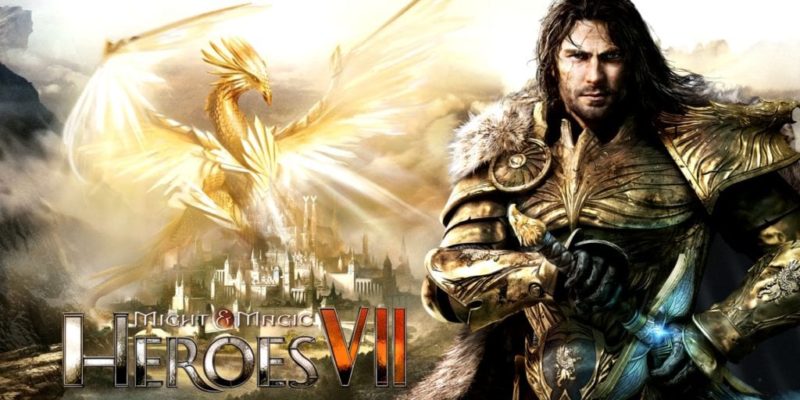 It’s been at least a decade since I played an actual Might & Magic Heroes title (last time I did, the series was still Heroes of Might & Magic,) but the general principles don’t seem to have changed a whole lot for Might & Magic Heroes VII. You send out a hero (or heroes) into a top-down-ish map to battle stationary neutral armies, gather resources and treasure, and level up. Meanwhile, back at your home town/fortress, you spend those gathered resources on new buildings, additional creatures for your heroic armies, and other useful options like spies or additional magic powers.

Those systems feed directly into one another. More exploration means more resources (or resource-generating outposts,) which in turn means more powerful and numerous creature options for your conquering hero. With a bigger, beefier army, they can go out and battle larger neutral forces guarded greater treasures and so on. Ultimately, the goal on each map is to overthrow the other AI (or human) players who are all working towards the same thing. 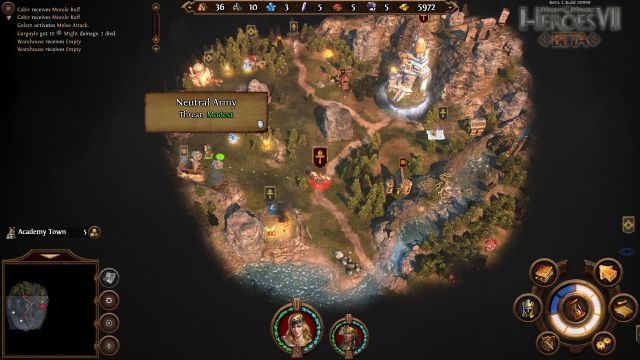 Come now Neutral Army, don’t be so coy about your abilities.

In this Might & Magic Heroes VII closed beta (which ran for just a couple of weeks and finished during E3,) there were just two Skirmish mode maps on offer: a 1v1, and a four player tussle. None of the single player campaign stuff was present, and only two of the six factions (Haven and Academy) were available to play. It was pretty focused on the basic structures of the game.

I spent the vast majority of my time as Academy; mostly because they can hire bipedal, mini-dragon lads called Cabir. Being sort-of dragons, they’re able to fire (a pretty powerful ranged attack once you have a couple of hundred of them,) and since they’re also apparently quite vocationally skilled with their hands, they can repair constructs like Golems. On the whole, an army of those guys and some floating Djinn seemed more interesting than the rather more straightforward fantasy crossbowmen, wizards and the like fielded by Haven.

The beta didn’t exactly lend itself to further experimentation, because every turn (almost every action,) was a game of Russian roulette with Might & Magic Heroes VII standing in for someone’s forehead, and the bullet taking the form of hard crashes. This, combined with a scattering of nonsense coding words in place of certain tooltips gave the impression that this was pretty early beta code. Release might be planned for September, but who knows from how far back this build came. 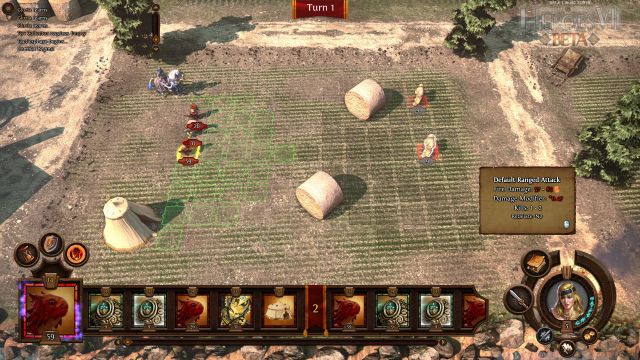 Cabirs: Always able to bale you out.

They may also want to turn some attention towards the player AI, which seemed barely present in the single player skirmish rounds. After tootling around with my main hero for a bit, gathering up some strength and piling on a few levels, I’d show up at the AI’s main gates to find that he’d been wasting his time doing pretty much nothing with his hero. One quick-ish siege of the main town later, and it was all over.

This was especially galling, because the AI turns would sometimes take quite a bit of time to process. I’m not entirely sure what they were doing but it wasn’t hiring an army or exploring much of the world.

At the other end of the spectrum, neutral army strength distribution in this closed Might & Magic Heroes VII beta was all over the place. Deadly/Impossible roadblocks in front of fairly unimpressive-seeming chests were a particular curiosity (the kind of army necessary to tackle these could’ve swept the AI players from the skirmish map several times over.) The ‘main’ pathways to enemy strongholds seemed, at least, to be matched up fairly well to the contextual level a player-controlled hero would be at.

Still, at least I live in an opulent palace on some floating islands.

Not having played the Might & Magic Heroes titles immediately preceding this one, it’s difficult to confirm what sort of nuanced changes have been made to the familiar structure. Rear and flanking attacks in the turn-based battles seem to be new, though.

Again, the battles are pretty similar to the Heroes of Might & Magic tussles I remember from years back (albeit with nicer creature animations.) Your hero remains off the field of play, intervening only through the casting of magic spells or tactical buffs, while the stacks of soldiers and creatures do the hard graft. The ‘board’ is tight, so making the most of the initiative-based turn order and your armies special skills is pretty crucial. Stacks can also temporarily skip turns or hunker down in a more defensive posture, should the situation demand it.

As mentioned, flanking and rear attacks are now a thing, giving flying and quick-moving units a bit of an edge. Though obviously if you just plant yourself behind the enemy lines it tends to leave you open to a lot of counter-attacks.

Magic items collected out in the world can add further buffs (or do things like give your hero extended movement on the map,) but in-keeping with the theme of this beta some of those items would vanish from my character without warning. I’m fairly sure they weren’t on some sort of limited use timer, but I suppose that’s possible. 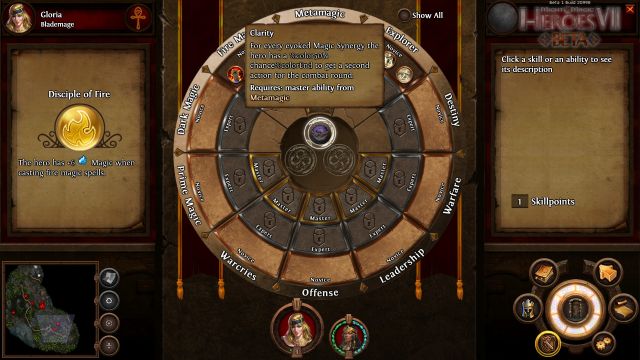 In case you can’t see, that skill says I have a %color50% chance of doing … something.

Using the Might & Magic Heroes VII closed beta to assess whether the game will be any good seems like a futile task. A narrow section of the game was on show, with few factions and just two maps from a lone game mode to sample. Further to that, the title would crash at the drop of a fireball (or, really, anything at all) and was still awash with unfinished code strings in place of certain text descriptions.

Structurally and functionally it’s looking like an extremely familiar entry in the long-running series, and, if it can provide an interesting campaign along with stable multiplayer (something few were able to experience in this beta,) it may yet prove itself a worthy addition. For now, it’s hard to see beyond the crash report screens and the nagging suspicion that a September release date might be rolling around too fast.

Pillars of Eternity to get ‘2.0’ systems like party AI, alongside expansion