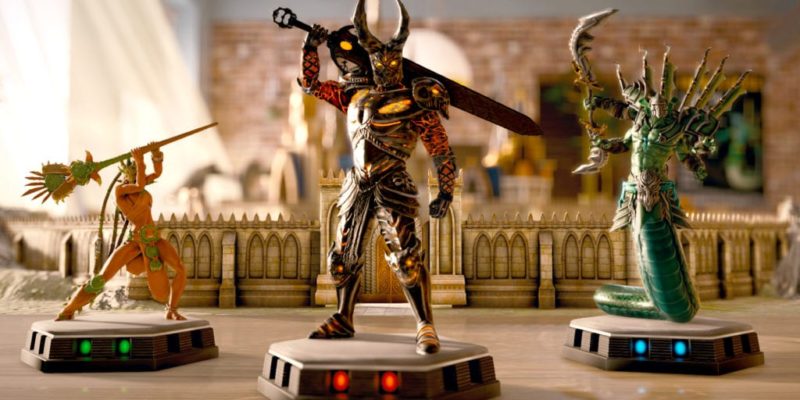 Ubisoft have announced a somewhat surprising Might & Magic branded title out of nowhere, and popped it on Steam’s Early Access to boot. Might & Magic: Showdown appears to be a combination of painstaking virtual miniature painting and single/multi-player tactical combat shenanigans.

If you like the sound of the painting part, there’s actually a free component called Might & Magic: Showdown Paint Workshop that will be available until 19 February. With this, you can apparently get painting five of the twenty hero miniatures available in the full game. For both of these titles you’ll need a Uplay account (because even though they’re on Steam, they’ll still ultimately open up Uplay).

Details of the tactical combat side of things are a little less clear. It’ll use “a mix of pre-planning and real-time execution” and looks like it pits fairly small teams against one another; that’s either in single player (there will be 60 encounters in the full game, Early Access has 30), or against other players. The Early Access statement says the main game will be in EA for “at least” two months.

Here’s a trailer, plus a few screenshots.