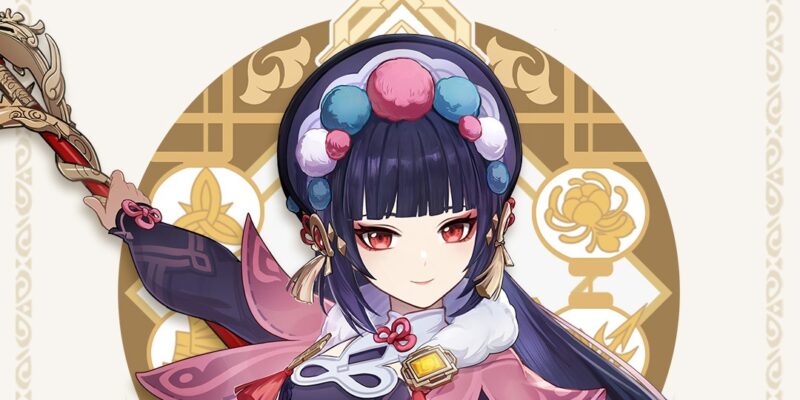 Cover your eyes, lest your wallet screams in pain. miHoYo revealed two new Genshin Impact, Shenhe and Yun Jin, ahead of the release of Version 2.3. miHoYo often reveals upcoming characters before the newest version of the game launches, a term affectionately dubbed as “drip marketing” in the community. For those who aren’t into the upcoming Arataki Itto and Gorou, here are two other characters you can save for now.

Shenhe will be a Cryo polearm character. She’s apparently close with Chongyun, coming from a branch family of exorcists. She is the Cloud Retainer’s disciple, taken in for certain unrevealed reasons. Shenhe describes the Cloud Retainer as a “knowledgeable and chatter master.” Early leaks indicate that Shenhe will likely be a five-star character, although miHoYo hasn’t officially revealed details about her kit.

Meanwhile, Yun Jin is a Geo polearm character, joining Zhongli in the class of polearm wielder. (This truly is turning into Polearm Impact.) She is the director of the “Yun-Han Opera Troupe,” making her a famous figure in Liyue’s prospering opera scene. Many leaks seemed to indicate that Yunjin would be an Anemo character, including one from former leaker Sukuna. It’s not yet known what rarity Yunjin is.

Shenhe marks the tenth Cryo character, the second element to hit ten different units behind Pyro. Meanwhile, Yun Jin marks the seventh Geo character in the game, helping boost up a once-neglected element in the game.

Shenhe and Yun Jin will make an appearance in Genshin Impact in Version 2.4. Meanwhile, Version 2.3 of the game comes out in just a couple of days, on November 24. If Shenhe and Yun Jin don’t interest you, you can look to pull for the upcoming Geo characters, Arataki Itto and Gorou. These two will make a fun addition to any Geo team, with Itto dealing tons of damage and Gorou specializing in supporting Geo units.