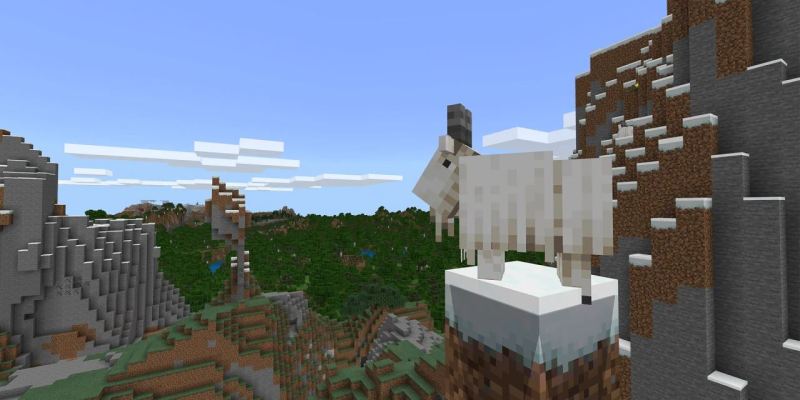 After many months since its announcement, Part I of the Minecraft Caves & Cliffs update has a release date. The update is set to bring some massive changes to the game’s blocky world, mostly with caves and cliffs (sorry). Granted, caves have needed a fresh overhaul for some years. The update will revamp caves, making them far more varied with vegetation, mobs, and a lot more. Basically, they’ll actually provide more of a reason for exploration, rather than a place to run into screaming and crying as you’re chased by mobs of enemies. You’ll be able to experience how much the world will change when the update lands on June 8.

Minecraft caves will never be the same after the update. You’ll soon find caves systems that never existed in the game before. Naturally, you would expect that no cave be alike, as Minecraft has used procedurally generated worlds since time immemorial. However, even somewhat disappointing caves should provide some entertainment, or even valuable treasures.

However, the update is coming in two parts. As confirmed last month, Minecraft Caves & Cliffs was split for two releases. Today, we’re seeing part one, which will include all the new mobs and blocks coming in the update. Part II, however, won’t be available until the holidays. Minecraft Caves & Cliffs: Part II will include the environmental changes.

At least you’ll have goats.

Just because you have to wait for Part II, that doesn’t mean you won’t get plenty to do in today’s release. Minecraft Caves & Cliffs: Part I includes new mobs, such as goats, which can be found among the cliffs and daring gravity to make a move. The update also includes amethysts, cute axolotl, glow squid, dripleaves, copper, and more.

Minecraft Caves & Cliffs: Part I has a release date of next week on June 8, while Part II will show up later in the year.

The next Battlefield game will get an official reveal next week