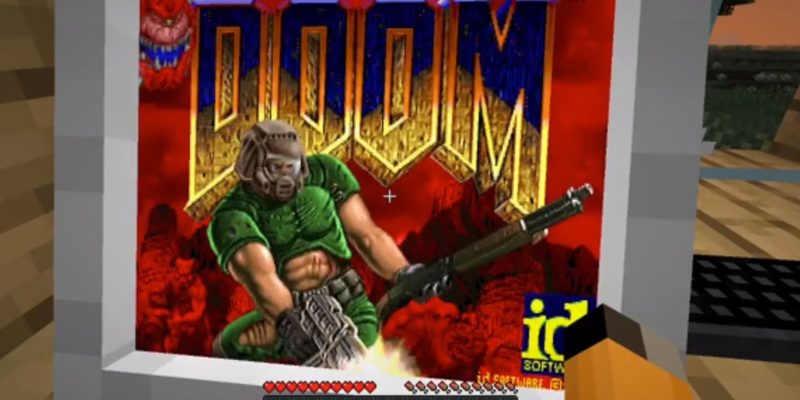 Have you ever had the urge to try PC gaming inside a PC game? You can now add “playing Doom” to the endless list of possibilities in Minecraft thanks to a new mod on VM computers. Over the years, many unique mods have been created and used by Minecraft fans. In fact, this isn’t the only revelation to come to the game recently. Just last week, the Minecraft community succeeded in finding the seed for the famous title screen.

The modder known as deltaforce2 used VirtualBox to allow the system to operate from Windows 95 to Windows 98 in Minecraft. Once you have installed the mod, you are ready to order your in-game PC. To do this, you will need to craft an ordering tablet. Then wait for the satellite to appear, which shouldn’t take too long, as it appears five times a day. From there you can begin building your PC with a virtual hardrive, importing an ISO and more! 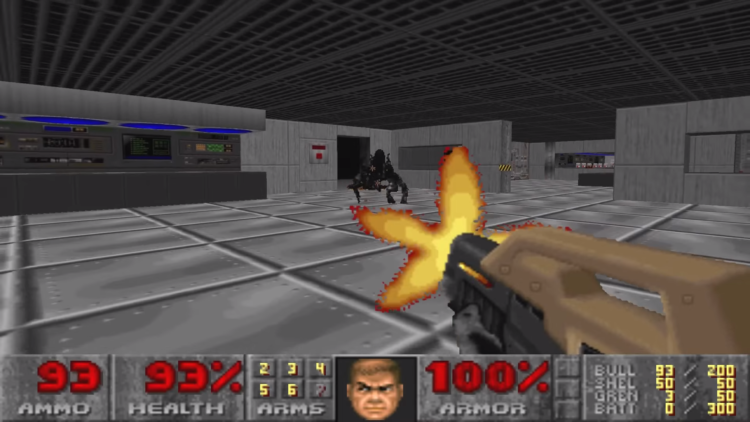 A clip was uploaded to Reddit, showing the Minecraft Doom mod in action. In addition, players can fire up Microsoft Paint, so it’s worth exploring your newly built PC. The original Doom was released in 1993, and the series has progressed significantly since then. As the original version can be played in Minecraft, it does have an element of nostalgia to it.

I made a minecraft mod with which you can build computers that work as virtual machines, so they’re basically real computers. You order the computer parts from space using a tablet. from gaming

If that was not enough, you can also play Minecraft within Minecraft. However, it is important to note that it’s not possible to run Minecraft in Windows 95 like Doom. Instead, you will have to download a version of Linux which is compatible with the VM computer components. A short video of this mod was uploaded to Youtube by the user Mj11jM demonstrating Minecraft on the in-game PC. These mods are a fun addition to the game and who knows what will arise as in-game options next.

Maid of Sker review — Death in the slow lane