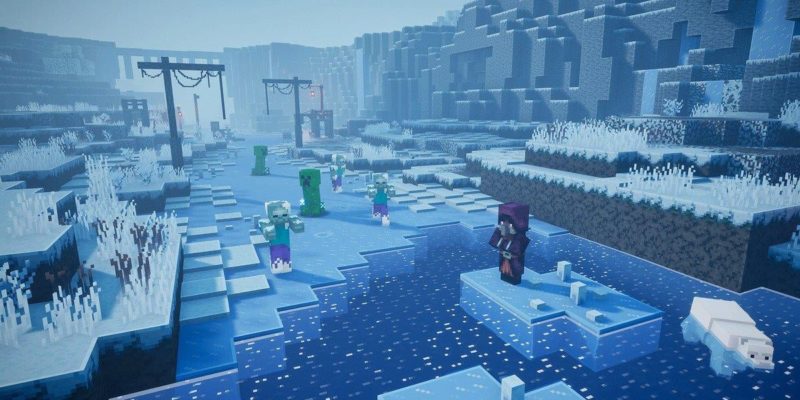 This September 8 will see adventurers heading into the cold with the Creeping Winter DLC for Minecraft Dungeons. If you are curious about what awaits, the latest news update from Mojang Studios should scratch that itch. The new developer diary showcases what the new expansion is all about, and it’s more than just new mobs and artifacts.

One of the biggest additions in the Minecraft Dungeons Creeping Winter DLC is that of daily trials. If you were hoping to experience something new every time you play, this is for you. A fresh challenge will be issued to players daily, tasking them to complete a level under specific conditions.

“When you play daily trials, those are always a little bit more challenging than regular base missions, and they also give higher rewards,” Man Olson, the game’s director, explained. “In the Creeping Winter DLC, if you play apocalypse seven, and you play a daily trial on top of that, you get higher powered gear than you’ve seen before.”

More rewards certainly is a good thing. However, it’s not all plain sailing in the icy areas. The Minecraft Dungeons Creeping Winter DLC will also feature slippery ice. Be prepared to slide around instead of walking normally on the cold surfaces. This will help spice up combat, and be a stark departure from the usual combat experience in Minecraft Dungeons. Indeed, a normal bout with a creeper can already be daunting. Add in unpredictable movement, and it will surely be more chaotic. 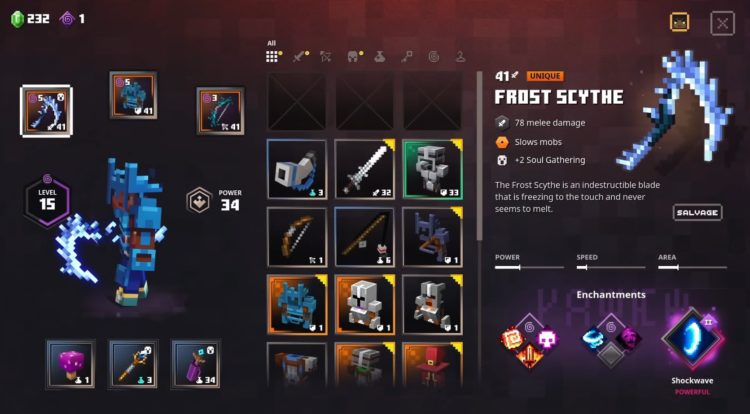 Of course not all players will have access to the paid Minecraft Dungeons Creeping Winter DLC, but Mojang Studios won’t leave them behind. Tweaks and updates to the game will continue to roll out at no cost. The endgame of Minecraft Dungeons is one area in particular that the team is looking at.

“We will have things like endgame content, and endgame features, where players who want more of a challenge, and want to tickle the treasure collection, fancy a bit more, they will have lots of stuff to look forward to,” executive producer David Nisshagen added. “Also, how can we experience the content and the levels in a different way? That’s something we want everyone to be able to join in on.”