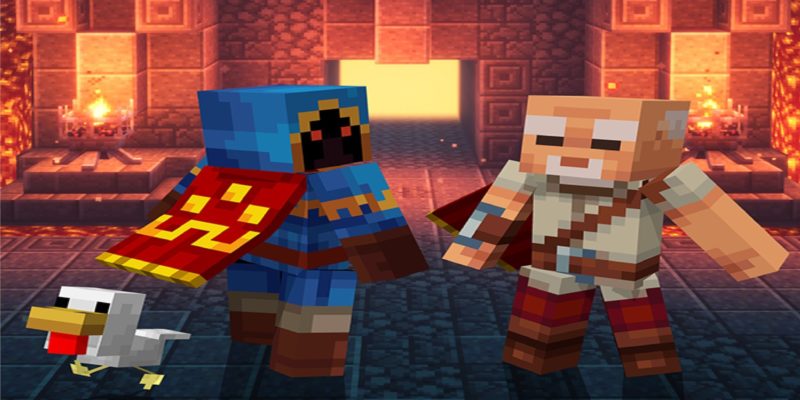 Minecraft Dungeons released recently, and, as the ARPG spinoff to one of the most popular games of all time, you can bet that people are clamoring to try it out. For the most part, it looks like many are having a great time save for some of the unluckiest players around — including yours truly. That’s due to a massive error where you’re asked to log on Xbox Live to verify your ownership of the game or that you’d need to have a working internet connection (even if you already do). For instance, you can see what’s going on whenever I boot up Minecraft Dungeons in the image below: 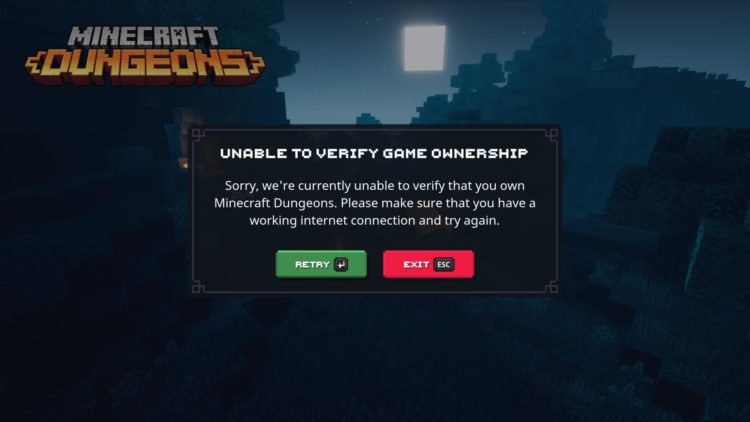 Well, that’s just unfortunate, isn’t it? After reviewing Minecraft Dungeons prior to its release and completing a few guides, I was hoping to delve more into the endgame. Perhaps I could write some additional guides as well. Sadly, it looks like I’d have to wait for a fix.

It’s worth adding that I’m already signed on to the correct Microsoft/Xbox Live account, even making sure that, yes, it’s the one that has Minecraft Dungeons in its library. I’ve also attempted a workaround:

The above didn’t work for me, but you might be luckier on your end. It seems the “verify game ownership” error isn’t directly tied to the account itself, but perhaps a problem with the servers that the developers need to work on. After all, not being able to play a game on PC, especially for those who’ve purchased it, while knowing that you’re logged on the correct account, can be quite a disappointment, to say the least. Mojang has also tweeted the following:

The issues around “Unable to Verify Game Ownership” in Minecraft Dungeons on Windows are still ongoing for some players but many are getting in and playing now. Thanks for your patience as server health improves! -MG

It’s still unclear how long we’ll have to wait until these Minecraft Dungeons errors are resolved. Fingers crossed that those of us who are having trouble launching the game would be able to check it out soon enough.

Minecraft Dungeons is available via the Microsoft Windows Store or Microsoft’s Xbox Game Pass for PC. For those who already have access and aren’t encountering any issues, don’t forget to check out our guides and features hub.