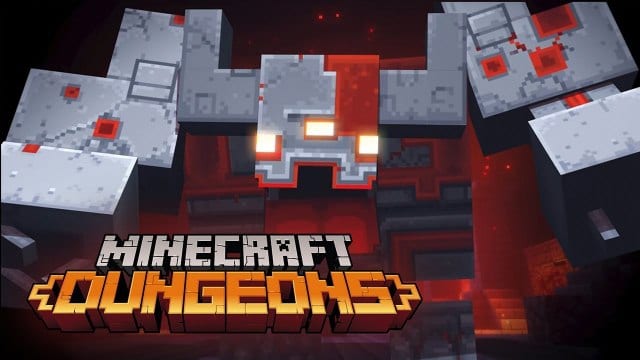 Minecraft Dungeons was first announced last year as a dungeon crawler ARPG set in the blocky world of Minecraft. During E3 2019, Microsoft announced a release window set for next year. As the year 2019 approaches its end, Microsoft released the opening cinematic for the game, which you can see below.

It’s an interesting trailer, showing what I assumed at first was the player character being banished from a town. As the blockhead character wanders in the dark and climbs a mountain, he finds a dungeon. In the middle of the dungeon, he encounters some sort of pink glowing tesseract or square-orb thing. It seems to tempt him with its power, like the One Ring. He embraces the power and becomes some sort of tyrant of the underworld, fawned over by minions. The rest of the trailer shows him leading a raid on the village that banished him. Finally, the trailer settles on the actual player character who watches the raid.

I can’t say I’m very familiar with Minecraft lore, but as far as I can tell, this is the backstory of the Illagers. I do like the idea of setting up a villain in advance in the opening cinematic like this. It’s a standard setup for an ARPG, and it should work if Mojang and Microsoft are really going for that Diablo roots feeling. You don’t need very complicated narratives for an ARPG, after all. In fact, I’ve found they tend to work against it generally. As a genre, you could say the ARPG has evolved more in terms of features than in terms of narrative complexity.

Minecraft Dungeons will release in the spring of 2020, and you can sign up for updates on the official website. The game will be available on PC, PlayStation 4, Xbox One, and Nintendo Switch.