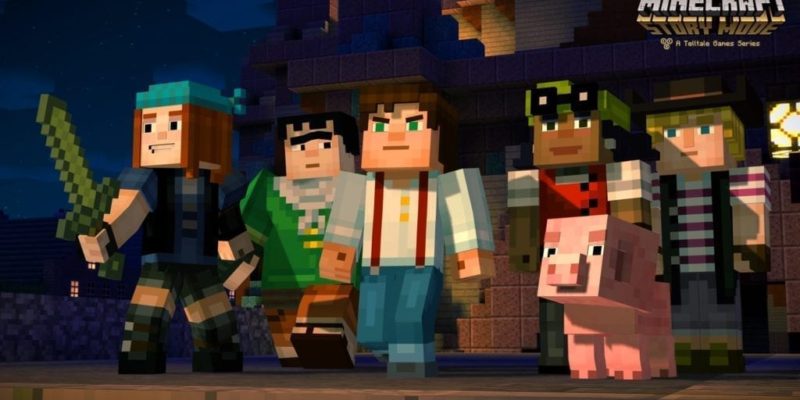 The developer behind such story driven point-and-click adventures as The Walking Dead and Tales from the Borderlands is now taken on a much bigger project: Minecraft.

“The interactive storytellers at Telltale are giving players the chance to explore their own unique interpretation of the Minecraft universe,” said Owen Hill, Chief Word Officer at Mojang. “They’ve crafted a story that follows the logic of Minecraft, but still manages to feel original. It’s actually pretty funny too. And the pig is adorable. We’re super excited about players digging deeper into the world of Minecraft: Story Mode later this year.”

The news comes from Minecon 2015, an event that has grown since its inauguration. The game will feature a story driven adventure, something familiar to fans of the genre and former games. It will be a series of five episodes, inspired by the game itself. Mojang and Telltale are working together to produce the project. And yes, that is Patton Oswalt featured in the trailer who will voice the character Jesse. The cast will also include Paul Rubens, aka, Pee-wee Herman.