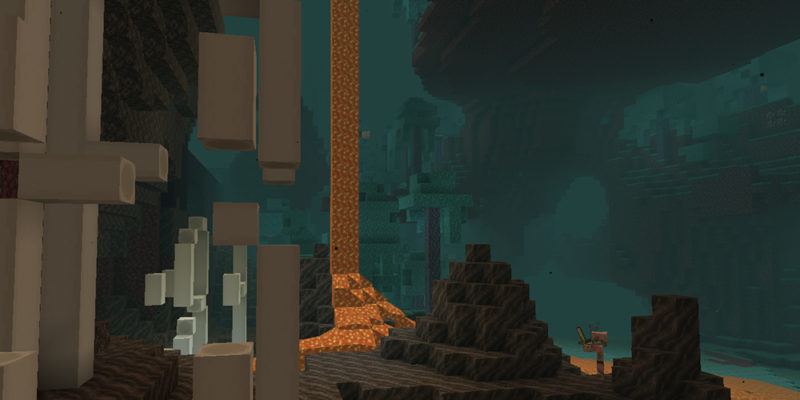 The major scoop in the Nether Update

New biomes can now appear in the Nether: Crimson Forest, Soulsand Valley, and Warped Forest. The Crimson Forest consists of the new Crimson Nylium block, on which grows new vegetation such as Crimson Fungi and Weeping Vines, among other things. Additionally, while they don’t do much yet, the morbidly cute Hoglins also wander these nether-forests.

The Soulsand Valley looks a lot less vibrant, though the blue haze and soul fire look eerily cool. Soul Fire is one of the new additions to Minecraft‘s Nether Update, which burns in blue light when Soul Soil is set on fire. In turn, this can be crafted into Soul Torches and Soul Lanterns.

Warped Forests are, in Mojang’s words, the least hostile place of the Nether, with Warped Nylium and Warped Fungi making up this biome. Though whether it’s an ideal holiday destination is another matter altogether.

There’s a bunch of other new interesting stuff coming in the Nether Update, such as Netherite, a new material used to upgrade your diamond gear. These items float in lava, work faster and longer than diamond, do more damage, and protect you more effectively. Reddit user /u/mynameisperl showcased the new gear. 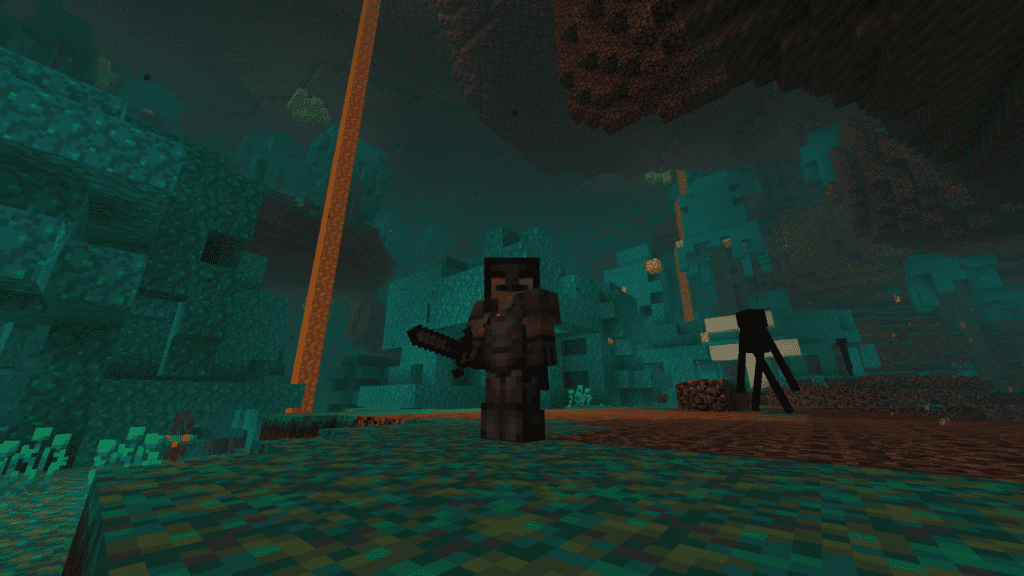 A useful new command was added in the Nether Update: Locate Biome. With the locatebiome command, it’s easier to find biomes in Creative mode, so you don’t end up flying around to find your desired place. Additionally, some new particles were added and sounds were adjusted.

You can find the full list of features and changes on the official website, while you can download the snapshot by opening the Minecraft launcher and enabling snapshots in the Installations tab. However, make sure to back up your worlds, because test versions might corrupt them.

By Mike Straw51 mins ago
Hardware