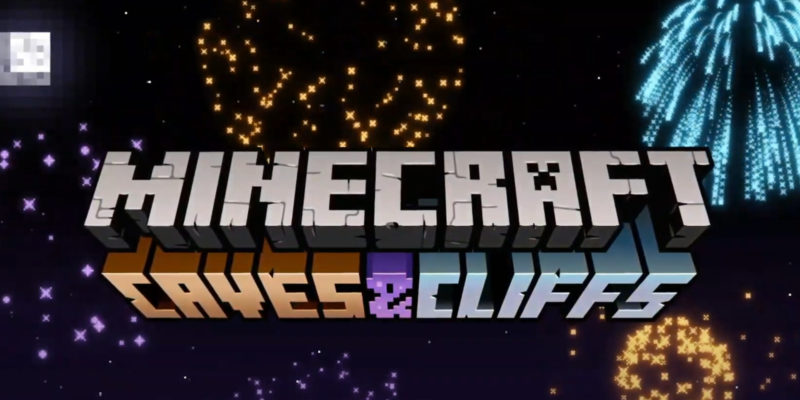 The upcoming Caves and Cliffs update for Minecraft announced at Minecraft Live 2020, will come packed with new content, including new terrain generation, mobs, items, and more. While the update won’t officially launch until sometime during the summer in 2021, players won’t have to wait that long to go explore what awaits them in the game’s upcoming enormous update. A new snapshot build for Minecraft has launched, offering an early look at some of the new blocks and items coming to the game next year.

While the snapshot, officially titled 20w45a, won’t include the new caves and cliffs that the upcoming update is named after, it still has a sizable chunk of new content. The new features include:

For those familiar with Minecraft‘s snapshots, that’s a pretty sizable list. Keep in mind that it’s only part of what will be arriving with the Minecraft Caves and Cliffs update next year.

A majority of what’s included in the latest Minecraft snapshot build relates to amethyst, one of the new materials being added to the game. The precious stone can be found anywhere in the overworld or underground in massive geodes. These geodes will also consist of three different layers; first, a layer of a new stone called tuff, then a second layer of another new stone called calcite, and finally, a center made up of amethyst blocks. Players will also be able to grow the new material with budding amethyst, another material found inside of geodes. While there aren’t a lot of uses for the precious gem in this build of the game, amethyst will make new sounds when stepped on, broken, or hit with a projectile, so intuitive players may have a new way to make music in their favorite game.

Another major addition in this snapshot is the introduction of copper, a new metal that functions like many others. Players will be able to find copper underground or in the overworld in groups similar to iron and coal, and naturally copper ore can be smelted into copper ingots. Copper is also coming with the surprisingly realistic trait of oxidizing over time. Over the course of 50 to 82 in-game days, copper will oxidize one stage, with there being four in total. To prevent this, or keep a block of copper at a certain stage, players can coat a block in wax, protecting it from any further oxidation.

With these two materials, players can craft a couple of useful tools. Spyglasses can be made from two copper ingots and a shard of amethyst, and mimic let players see far off things (or pretend to be a pirate). Lightning rods, crafted with three copper ingots, redirect dangerous lightning strikes away from player’s humble wooden homes. They attract strikes in an area of four by 16 blocks, and give off a redstone signal when struck.

That’s just a part of what’s included in snapshot build for in Minecraft. The entire list of changes, along with instructions on how to install this build can be found here.