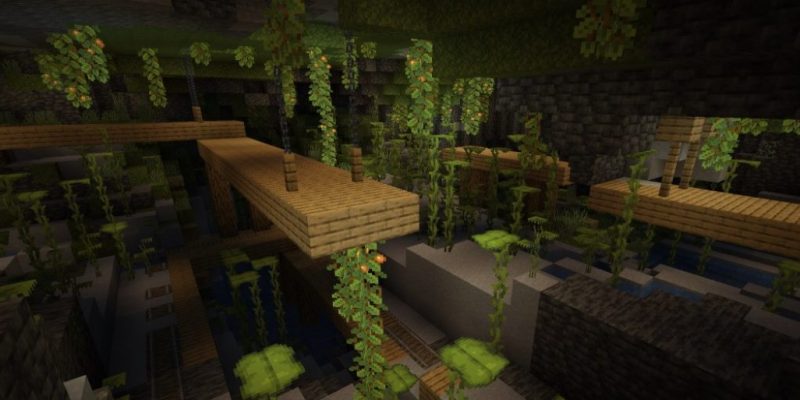 Minecraft‘s Caves and Cliffs update is fast approaching and will add a ton of new features to the massively popular game. On the road to this enormous update, various snapshot builds of the game have offered previews of what’s coming. We’ve already seen glowing berries, glowing squid, and a change to how the game will generate mountains. However, the game’s latest snapshot build may include some of the biggest changes to Minecraft to date.

Snapshot 21W10A for Minecraft Java Edition includes the flashy addition of a brand new underground biome. While mining for various ores, players may now come across a Lush Caves biome. In these caves, moss covers the floors and ceilings along with flowers. Players can also find clay pools, azalea bushes and azalea trees in these caves.

This snapshot also includes some aesthetic changes to the game’s ores. Players should notice that every ore has slightly larger geodes poking out of the stone and that those geodes are much brighter. Even for colorblind players, this change should make it much easier to identify each resource just by the shape of the ores and gems trapped inside.

A change in generation

While the addition of a new biome in the latest Minecraft snapshot may attract some attention, it’s not the biggest piece of news in this update. Instead, that title belongs to something towards the bottom of this snapshot’s changelog: ore distribution. The way ores will generate throughout worlds in Minecraft is changing, and radically. The graph below shows just how those are changing. 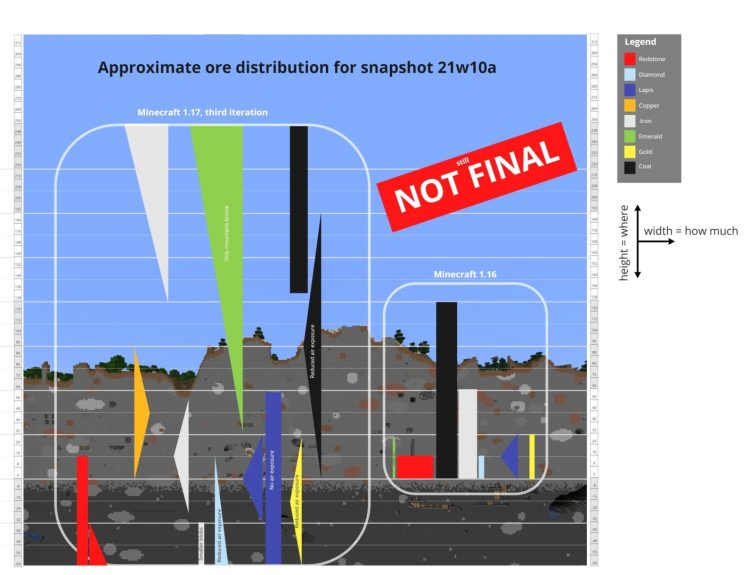 If it’s not clear by the text in the big red box, these changes aren’t final. However, if they end up making it into the game, they will fundamentally change how players can approach mining in Minecraft. You won’t just find ores deep underground anymore, they’ll be everywhere. Extremely deep underground, players will find more diamonds, lapis, and redstone. But above ground, even at heights where ores wouldn’t usually spawn, players will now find coal and iron. Mountain biomes will also be chock full of precious emeralds, a resource that’s extremely difficult to come by naturally.