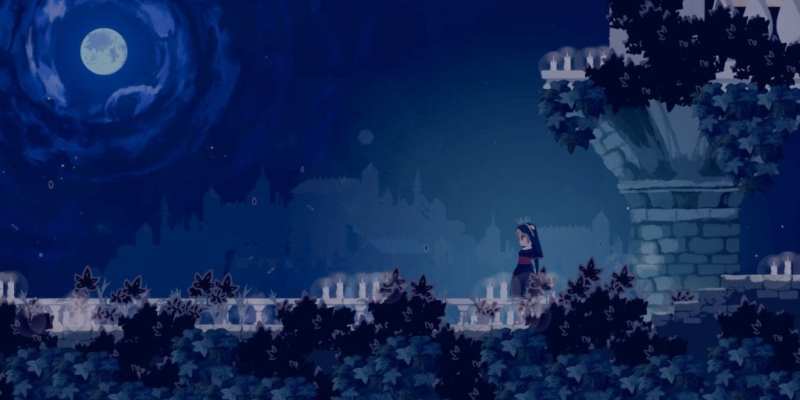 It’s always difficult to follow up a huge hit. Momodora: Reverie Under the Moonlight was the fourth game in the Momodora series and has become beloved. Now, developer Bombservice has decided to switch art styles and make a larger game with their newest release Minoria. Does the game live up to its predecessor? Or do they fly too close to the sun?

Minoria is very much the same kind of game as the most recent Momodora. However, the devs wanted to branch out from the look and feel of that series and instead make a spiritual successor. The combat is more involved, and the game’s art style eschews pixel art for HD artwork. But admirers of their previous game will likely feel right at home here.

Nuns have no fun

One of the most surprising things about Minoria is how focused it is on the plot. The game has a well-thought-out backstory, with a lot of lore available as well. The story takes place during the Fourth Witch War in the kingdom of Ramezia. The Order of Saints sends two young nuns, Semilla and Anna Fran, to the royal capital, which is under assault by witches. These two nuns are tasked with saving the princesses and stopping the witch threat before things worsen. 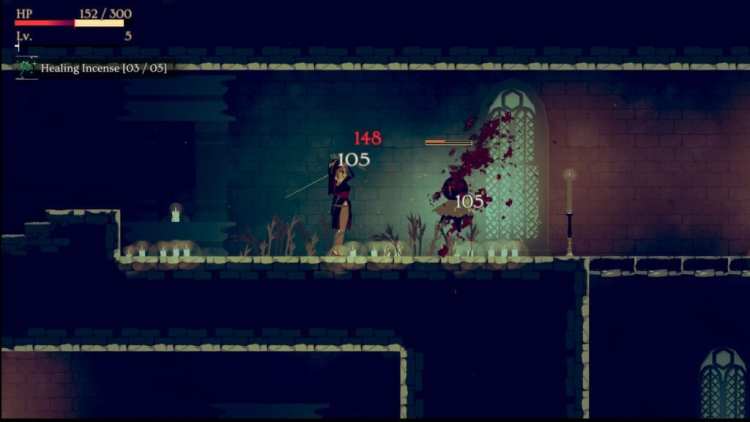 But the story takes on a more morally grey stance than I thought it would. Both of the nuns have been forced to join the Order to atone for the sins of their bloodline, and they are very clearly more in-line with the Spanish Inquisition and Crusades than holy heroes doing their best to fight evil. There’s a good amount of well-written conversation that reflects this, which got me invested in the game’s world and story. It’s quite impressive to see the devs go from a minimalist narrative to something with so much meat so successfully.

And then there were nun

Minoria is a Metroid-like action-platformer, the same as its predecessor. This time around, the game is a good deal larger and focuses on five different areas, as opposed to a smattering of small ones. Progress is only gated by two abilities, however. The rest of the time, you’ll need to collect keys or similar things, though there aren’t very many of these. The game moves along at a brisk pace, and there are some secrets to find here and there as well.

The level design is strong but lacks punch compared to Reverie Under the Moonlight. That game had a lot of really memorable, specific areas with a good sense of place that Minoria doesn’t quite achieve. The areas are certainly bigger, but they’re not better. They also feel somewhat more generic here, even if everything does look quite nice. The areas can be divided into two types – old, dark buildings and colorful gardens. But there simply isn’t as much personality on display as I would’ve liked to see. 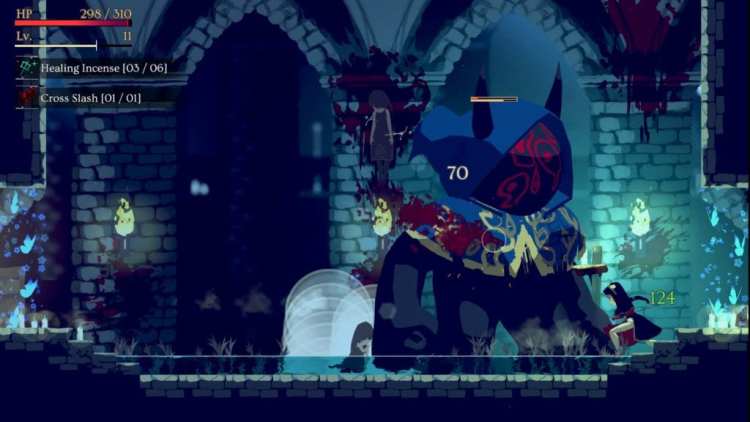 The combat feels mostly familiar, but it’s been reworked in some large ways. You play the entire game as Semilla, who can strike with swords, dodge roll, and parry. The combat is even more fluid here than Momodora, with more of a focus on amped-up action and more complicated, threatening enemy behaviors. Enemies emit a circle when they’re about to strike, and if you’re able to successfully press the parry button with the right timing, Semillia will vanish and let loose a ton of quick slashes. That always looks cool. The controls are extremely responsive and spot-on, as I expected. However, the fact that you can string together dodge rolls infinitely feels a little weird and led to me overshooting on multiple occasions.

Enemies in Minoria are quite tough. You will often find them in groups, and their attacks often have tricky delays to them, making a bit of practice usually necessary. Most of them will kill Semilla in just a couple of hits, too. Luckily, she can heal herself by burning incense, which heals for 40% of her health. But you’ll generally need to heal every time you take a hit, lest the next one prove fatal. And some attacks are hard to see coming, which becomes a problem when some enemies can kill you before you know what’s happening.

Dealing with foes becomes more joyous towards the end of the game, when you unlock an air dash attack ability. Combined with the rising slash, this makes Semilla feel extremely versatile. It’s just a shame that the game is practically over when you finally gain access to her full moveset.

Minoria uses a leveling system to give players the ability to grind if they want to make things easier. It takes a lot of levels to make a difference, though, and the game isn’t so hard that you’ll likely need to grind anyway. You can also pick up the slack by finding or purchasing other incenses, which can give you passive and active boosts, as well as curing ailments and giving you ranged magic attacks. The game has 40 silver coins to find, and you’ll need these to buy new incenses. Most of the purchasable ones aren’t all that useful, though. They mostly serve as much worse versions of ones you can find later. One purchasable incense, for instance, decreases damage taken by 5%, which is useless in a game where enemies deal this much damage. 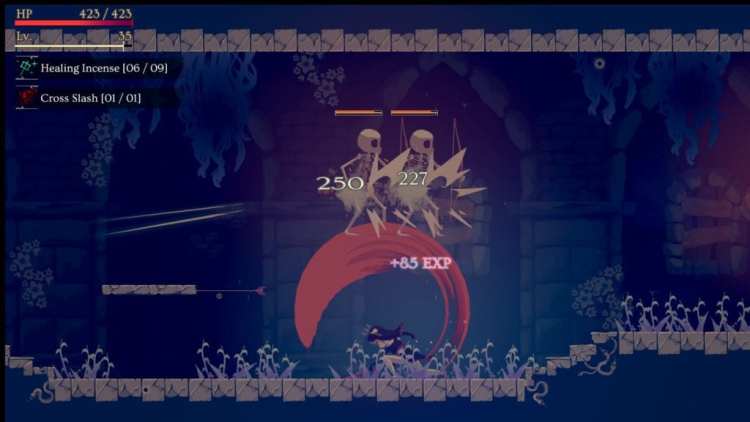 The enemy placement and the amount of damage they do is Minoria‘s biggest problem. A lot is going on visually when Semilla attacks her foes. Thus, the circles that appear before they strike can become very hard to make out. I frequently found myself hit by attacks I had no idea were coming, as I simply couldn’t tell what the enemies were doing while I was hitting them. In the previous game, your attacks stunned enemies to prevent this from happening; here, however, you must fill up a very slow-filling gauge to stun them. The white circles also don’t stand out well against the game’s color palette or background effects, so this makes combat a bit of a chore at times.

This extends to Minoria‘s boss battles as well. These foes can prove quite challenging, and they tend to take a fair amount of punishment. But some of the bosses have attacks that will almost surely kill you if you don’t have full health, which feels cheap and annoying. To make matters worse, occasionally, these super-powerful attacks are barely telegraphed at all, making me feel lucky when I dodged them. One boss would randomly fire off a huge beam of energy with very little warning. Even if I dodge-rolled away from part of it, I would still sometimes not clear the whole beam, leading to my death.

One really neat returning feature is that Semilla gets a special reward if she’s able to beat a boss without getting hit once. This isn’t as easy to pull off here, as the devs have removed the overpowered buffs you could take advantage of in Reverie Under the Moonlight. In that game, you could more than double your health with a passive ability, but even with stacking, you can only get about 60% bonus damage here. Semilla also doesn’t have an infinite projectile attack. As such, you can’t cheese bosses with arrows from the other side of the screen this time. If you think you’re gonna have a tough time, I strongly suggest beating the first two bosses without getting hit. The items they drop will greatly increase the amount of damage Semilla can do. 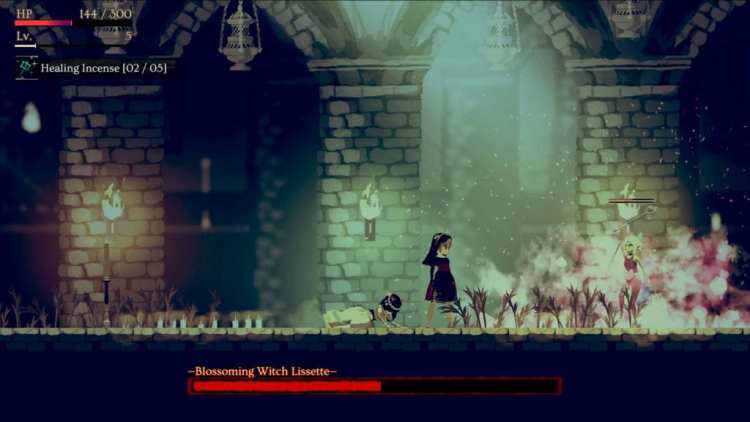 Although it isn’t quite as lovely as its predecessor, the art in Minoria is of very high quality. The characters look great, with a unique art style used to portray them. Backgrounds are detailed and are very aesthetically-pleasing, if a little bland or overly dark. The visuals do fit in very well with the game’s themes, too. You’ll see burning witch corpses, dead nuns scattered about, and impaled foes in the background.

Minoria is fairly short, though. It took me about seven hours to get through and find most of the coins. You also unlock a challenge gauntlet with several rooms of foes to fight through, all leading to an extra boss battle that’s surely worth seeing. You can start a new game plus run, too, which increases enemy damage and the amount of experience gained. Doing one of these runs took me about three-and-a-half hours and was mostly a cakewalk, as enemy health doesn’t get buffed. It’s interesting to play through the game being so overpowered, though. I got two different endings based on selecting a binary choice at the very end. There appears to be a third ending as well, but I couldn’t figure out how to achieve this.

Overall, Minoria is a very enjoyable game that improves some aspects of its predecessor while taking a step back in others. The combat is tight, frantic, and enjoyable when you’re able to observe your enemies properly, and the story and atmosphere are good. Fans of the dev’s previous work will find a lot to like here.

Minoria is another strong game from Bombservice. Although it isn't necessarily better than their last, it's an enjoyable experience with great controls, good art, and an interesting story.