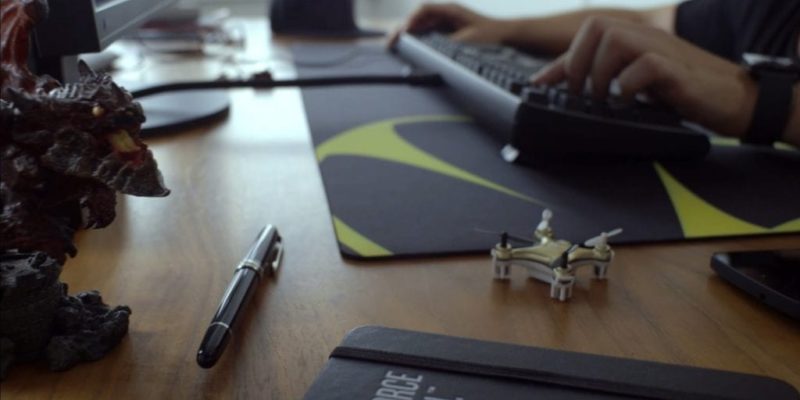 Mionix is known for its unrelenting craftsmanship when it comes to PC gaming peripherals, and especially with their line of PC gaming mice. The newest addition to their stellar lineup, the Castor, is a gaming mouse the not only meets, but exceeds the bar set by its predecessors.

The very first thing I noticed as I set the Castor down on my desk was just how much quality I felt. The four layers of soft touch rubber coating forms a nice glove with the palm, providing just enough friction to maneuver the mouse while maintaining a comfortable fit. The mouse slides beautifully in my hand after blindly reaching for it, quickly becoming not just a nice mouse, but a much-needed puzzle-piece to complete your setup. The finish of the mouse took my hand almost no break in time, and felt immediately like a familiar friend on my desk.

The mouse performed perfectly for both fast paced, slow, and strategic games. I was able to perform with perfect precision in games like Counter Strike: Global Offensive with each click responding flawlessly to gunfire. In contrast, the Castor could slow down for games like in Civilization: V that require the technical precision of a competitive shooter.

There’s no doubt that the rubberized layering contributes to the overall comfort of the Castor.

One of the reason such comfort and form-fitting is felt is highly due to the sleek and compact build of the Mionix Castor. The mouse only measures 4.82×2.77×1.58-inches, which is smaller than many gaming mice on the market. Being just a little bit smaller, the mouse feels more slick during use. I instantly noticed a difference in feel between the Castor and my former Logitech G400 which is fractionally larger in size in comparison to the Mionix Castor. Oddly, it delivered a sense of bulkiness to my old hardware. The Castor felt more usable, and just the small difference in size made a huge impact in comfort.

However, all the comfort in the world means nothing if the mouse doesn’t actually function like it’s suppose to. Thankfully, the Castor has come through on the technical aspect of the mouse.

With a sensor that reaches upwards of 10000-DPI (dots per inch), the Castor will react to even the smallest of movements, giving players full control while gaming. The DPI can be changed on the fly with a button right below the mouse wheel that cycles through the DPI settings, which comes in a three-step flavor. While it is a nice inclusion, the setting can be a bit cumbersome. Many other mice have opted for an up-and-down button to control this setting, which makes much more sense as opposed the single button on the Castor. Which is odd, considering other mice, like the NAOS 7000 opts for a two-button approach. It doesn’t break the mouse, but it can be an annoyance in-game.

On every other count though, the mouse performs beautiful while playing games. Each click is responsive, and each swipe of the mouse makes the investment worthwhile. Weighing in at just over 14o-grams (including the braided cable) the mouse is lightweight a zips across any surface flawlessly.

The build of the mouse feels solid despite the low weight. The braided cable offers durability when operating or moving the mouse, however I’ve never been a fan of braided cables. While the longevity of them is nice, the bulk added has never been in my taste. It’s an unfortunate trade-off  found all too often in gaming mice.

Mionix has created software to adjust nearly every single aspect of the Castor. This is where the two LED areas of the mouse can be adjusted to fit 16.8-million color options. I loved the customization that is allowed with this mouse. It allows players to tailor the mouse specifically to the visual gaming needs, especially if the Castor is in-tote to your local tournament. One of my favorite options for the LEDs is the ability to have a pulsating, blinking, or breathing effect to them. It’s not a huge deal, but the aesthetics sure are nice.

The software allows players to save five custom profiles for the mouse, each including color options, macro options, etc. I love just how in-depth the software allows users to tweak the mouse. Every parameter is configurable, and while the mouse doesn’t boast as many macro keys as other mice, the configuration available is enough to satisfy any user.

One thing Mionix has included with the Castor (as well as their other mice) is the S.Q.A.T or Surface Quality Analyzer Tool. This allows players to test just how effective the tracking is on the surface the mouse is placed on, opening the door for players who want to have a competitive edge in-game. The inclusion of features like S.Q.A.T truly set the Castor above not only mice in its price bracket, but also mice that are more expensive.

The Mionix Castor is an incredible gaming mouse, not only aesthetically pleasing, but in function as well. Any type of player can tweak the mouse to get exactly what they need out of it with the included software or just use the factory set-up due to the mouse requiring no setup to use.

If you are looking for a gaming mouse that isn’t too bulky, that looks beautiful with any surface, look straight to the Castor.

By Tim McDonald7 days ago
Reviews