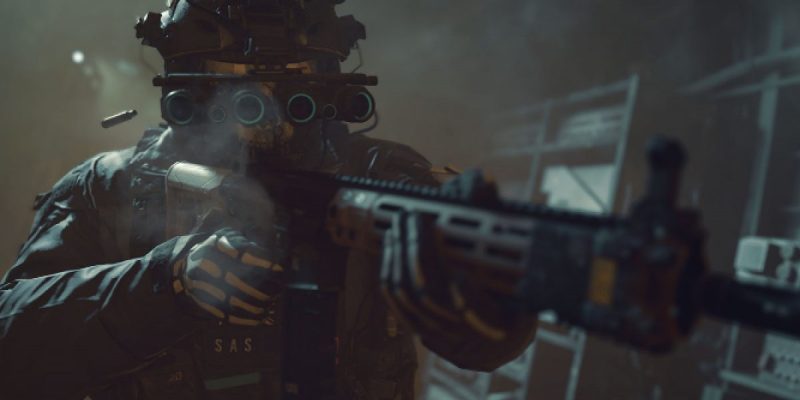 Call of Duty‘s signature jack-of-all-trades assault rifle is back and as strong as ever. Once again, the M4 is one of the best all-around weapons to use thanks to its lack of weaknesses. It doesn’t have the best DPS, the easiest recoil to control, or the best handling characteristics, but it performs well in all of those categories.

As an added bonus, the M4 isn’t just one of the best guns, it’s also the first gun you unlock in the Modern Warfare 2 beta. As soon as you get access to custom loadouts at level 4 you are free to use the M4 as much as you want. It’s worth leveling up the M4 too, as it’s the weapon platform for several other guns. So if you want to unlock and try out as many weapons as possible, the M4 is a great starting point.

Needless to say, the Lachmann Sub is not a real gun but rather Call of Duty‘s latest interpretation of the iconic MP5. Much like the M4, the Lachmann Sub is a spectacularly well-rounded weapon with no real weaknesses. With it being a submachine gun, you’d think it would struggle at long range — but that just isn’t the case. The Lachmann Sub performs just as well as any assault rifle in long-range gunfights.

If you have to pick one weapon to unlock and use, then this is your best choice. After all, out of all the guns in Modern Warfare 2 beta, the Lachmann Sub is probably the best. You can expect this gun to receive some hefty nerfs when the full game comes out.

Once again, the Lachmann 762 is not a real gun. Instead, this is the Modern Warfare 2 version of the G3. The G3 hasn’t been featured in a Call of Duty game since the original Modern Warfare released in 2007. It’s a hard-hitting battle rifle that rewards players who possess a fast trigger finger.

At least that’s what you would expect. However, the Lachmann 762’s real power lies in its select fire functionality. In the Modern Warfare 2 beta, you can make this thing full auto, which turns it into one of the best guns. The recoil can take some getting used to, but once you start landing shots, gunfights become scarily easy to win.

The Lockwood Mk2 is a bit of a wild card, as it isn’t a gun you’d expect to be so strong. Based on the Marlin Model 336, this lever-action rifle is the successor to Modern Warfare 2019’s Mk2 Carbine. Much like the Mk2 Carbine, it requires an extremely high level of mechanical skill to get value. But if you have that skill, then very few other guns in Modern Warfare 2 compare.

Despite its appearance, you don’t want to use the Lockwood Mk2 as either a sniper or even a DMR. Instead, this is a close- to medium-range gun with exceptional handling. With it, you’ll be able to control the field by quick-scoping and one-tapping anyone you come across. Obviously, if you miss your shots you will be punished, but there’s no other gun that’s more satisfying to use when things go your way.

You can play the Modern Warfare 2 beta on either Battle.net or Steam.

By Andrew Farrell52 seconds ago
Guides

By Andrew Farrell8 mins ago
Guides