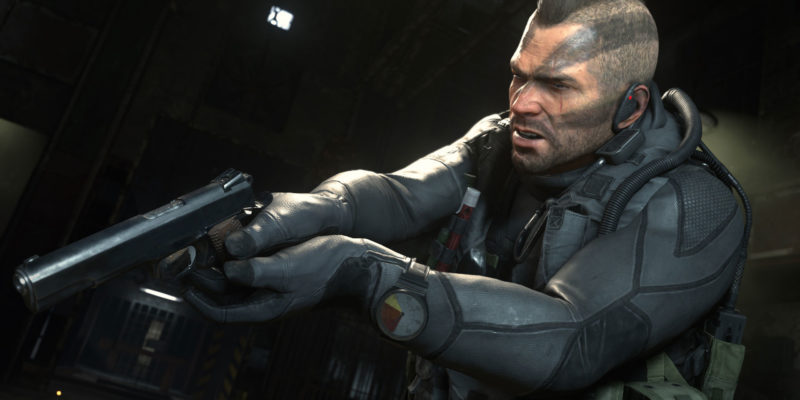 The rumors were true: a Modern Warfare 2 Remastered is real and is heading our way — with a slightly more honest name. Sadly, this bit of good news comes paired with some, well, not so good news. The game has officially launched as of today… for the PlayStation 4. It’ll be exclusive on the platform for a month before making it onto PC. It should be worth the wait, however, as it comes with a fully remastered campaign — as per the updated name — and a little more. Call of Duty: Modern Warfare 2 Campaign Remastered will be available for PC on April 30.

Modern Warfare 2 released for the first time just over a decade ago. At the time, it was the highly anticipated follow up to one of the most celebrated military shooters in gaming history. Indeed, it had some mighty big combat boots to fill. But it filled them well, allowing players to step back into the role of John “Soap” MacTavish (“What the hell kind of name is Soap anyway?”). And it was the talk of the town due to its infamous “No Russian” mission. Now, 11 years later, we’ll be able to step back into the game. That is, when it hits “other platforms.”

Play alongside Soap, Shepherd, Ghost and other familiar faces as you fight back against Vladimir Makarov, the Inner Circle, and other unforeseen foes.

Download Modern Warfare 2 Campaign Remastered and play now on PS4. Pre-purchase for other platforms today to play on April 30. pic.twitter.com/i4GAKjmJgp

Modern Warfare 2 Campaign Remastered will feature all the typical spit and shine of its remastered predecessor. The game will include the full campaign story, all glowed up with “high-definition visuals and the latest audio advancements.” 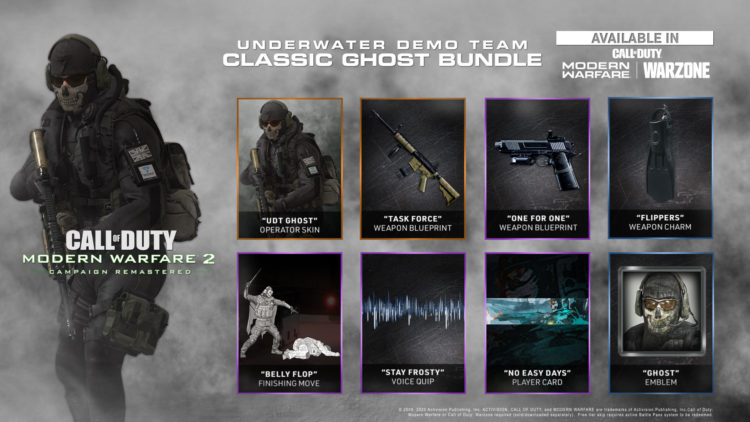 But, as mentioned, it does come with a bit more, if you got the extra dinero. Activision also has an Underwater Demo Team Classic Ghost Bundle on offer. It includes a UDT Ghost operator skin, two weapon blueprints, a charm, a finishing move, and an emblem of everyone’s favorite Ghost. These items can be used for both the Modern Warfare multiplayer as well as in Warzone. It comes bundled on the PS4 version for free. The “other platform” owners will have it if they pre-purchase the game on their chosen machines.

Call of Duty: Modern Warfare 2 Campaign Remastered will be available for PC on April 30.