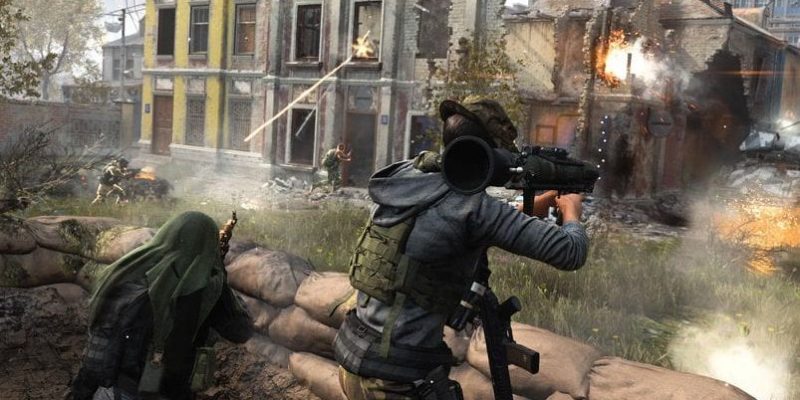 That longevity issue could be alleviated in the future, though, as a data miner by the name of Senescallo has allegedly found hidden PC files in Modern Warfare that point to a battle royale mode. Senescallo posted elaborate details of the leak on Reddit, revealing map zones, points of interest, an image of the map, options for public and custom matches, and much more.

The Modern Warfare battle royale map includes a quarry, a farm, and several city districts. To me, it looks a lot like the three ground war maps smashed together. If that is the case, the other unmarked areas on the map could be potential ground war maps in the future. 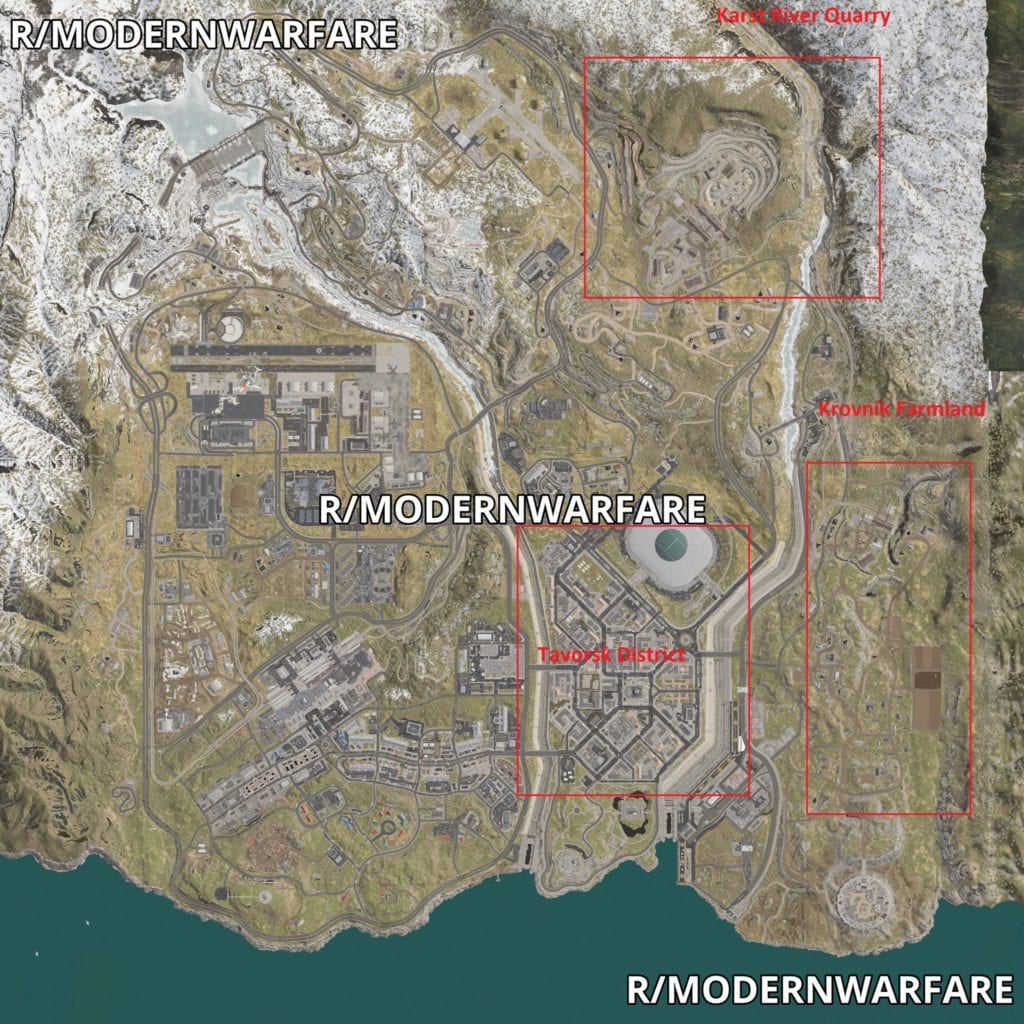 What do you think of my theory?

To revive or not to revive

According to the leak, the Modern Warfare battle royale mode will let you revive downed teammates. This ability won’t last the entire match, and it will require you to bring the downed ally to an ambulance while offering a “Respawn Token.” Once revived, the player will have to find a Mobile Armory to regain their loadout.

Respawns are a fairly new genre addition, introduced by Apex Legends when it launched back in February. Fortnite and Blackout were quick to implement the feature due to the overwhelming positivity it received. Now, it seems Modern Warfare will do the same.

It also sounds like Modern Warfare‘s battle royale mode will launch with a private match option. It will come with a fair number of options – the type of Infiltration, starting weapons, and the size of the damage circle are all included in the list.

I can’t even put into words how huge this is. Last year, we saw Blackout attempt to have a competitive scene through kill-race type tournaments, but it was not ideal. We waited all year for the private match option to come to Blackout, but it never happened. If this is true, that means that Modern Warfare will not only be able to have its competitive scene for the multiplayer, but also one for the battle royale mode.

What else could battle royale add?

Modern Warfare has a ton of content when it comes to charms, challenges, stickers, and weapon skins. The battle royale mode could help supplement current content while adding more. It would also be cool to see more operators added to the game that we could unlock through the battle royale mode. We could even earn more unique skins for them in this mode.

Many were disappointed when it was revealed this year’s game wouldn’t have a battle royale mode, especially considering that Blackout still has a decent size player base. This addition to Modern Warfare could help keep players in the game. Of course, we first have to wait for Infinity Ward to officially announce that all of this is real and coming. Hopefully, they won’t keep us waiting too long.