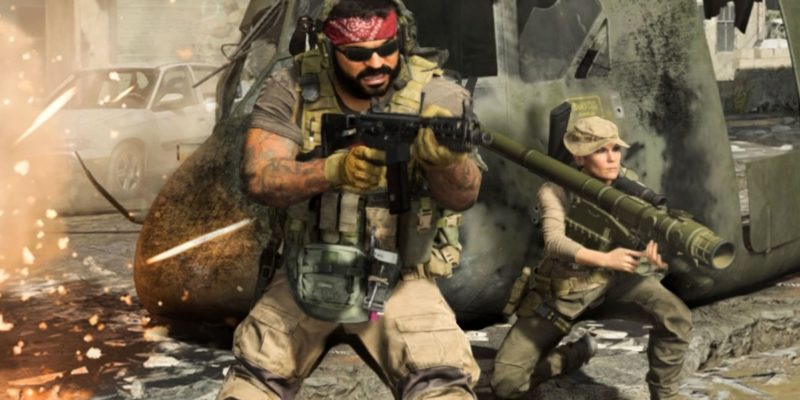 As a part of Infinity Ward’s latest update, the controversial Border War skin was renamed in Call of Duty: Modern Warfare and Warzone. The skin arrived in Season 3, and allows you to dress as a cowboy cop. Now, the Border War skin is named Home on the Range, after Infinity Ward was accused of glorifying the police.

Before the patch update, the description read: “Show them the error of their ways and make them pay with D-Day’s Border War operator skin.” Frustrations at this began when Infinity Ward added a Black Lives Matter statement in-game. This is because Infinity Ward appeared to make a call for racial justice. However, some fans believed that the Border War description suggested the opposite. 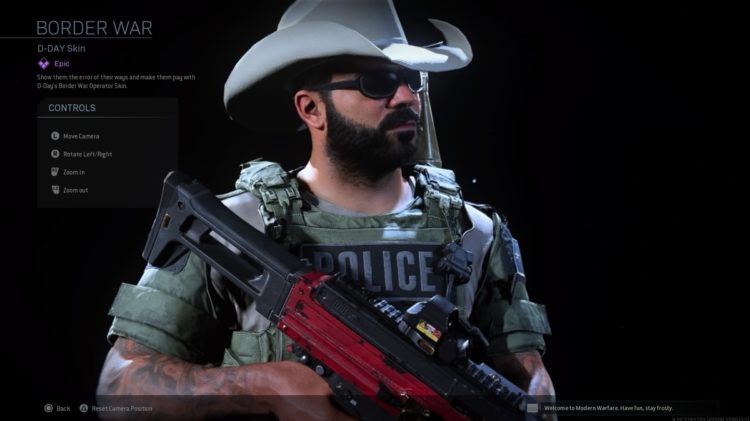 The Border War skin prior to the name change.

The Home on the Range description

Now, the new description reads: “Play along with the deer and the antelope with the Home on the Range D-Day operator skin.” This gives the skin a completely different meaning. 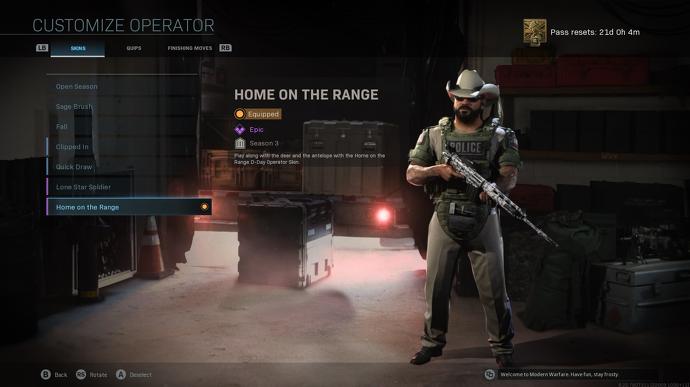 Cosmetically, nothing about the skin appears to have been altered, and he still wears the police vest. Infinity Ward has been making several other changes to the game to address the Black Lives Matter movement. Also, many players discovered that the ‘Ok’ gesture was secretly removed from the game, as it could be perceived as being a hate symbol.

In addition, Season 4 was delayed due to the Black Lives Matter movement. Following this, Infinity Ward announced that it would be taking more action against racist content. This included adding an in-game reporting system and further restricting username changes.